Tea is an integral part of our culture; what makes it special is its alluring aroma and fantastic flavours. These specialties are enhanced based on what place on Earth the tea leaves are born. Various nations on the globe produce different varieties and consume tea differently.

To avail its goodness, the demand for tea has risen rapidly ever since its inception. A massive amount of tea is produced globally to fulfill these demands. This makes it interesting to note which countries stand among the top tea producing countries. That is exactly what we will do today.

The 11 Top Tea Producing Countries in the World

(According to UN Food and Agriculture Organisation statistics for tea production globally in 2017.)

It is said that tea reached Japan in as early as the 700s and was mostly consumed as a luxury product by monks and noblemen. Mostly grown in Kagoshima, Shizuoka and Uji, the tea can very easily be found in cans through vending machines spread all across the country.

Even though different varieties are grown here, the usual kind that you get when you ask for tea is green tea. It is worth noting, that the famed Matcha green tea, popular as an extremely nutritious drink, is believed to be born in Japan.

After Eisai, the founder of Japanese Zen Buddhism introduced the custom of tea making to the country, the domestic demand grew apace. This made Japan begin its own tea production, leading it to rank 11th amongst the top tea producing countries on the globe. 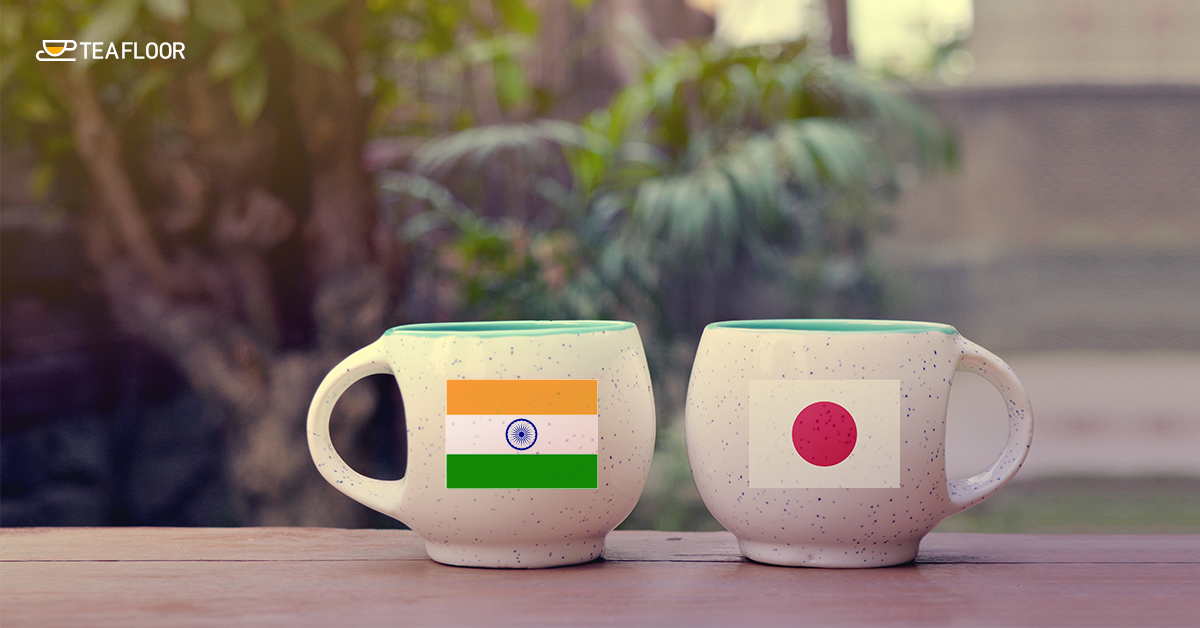 The Bangladesh tea industry is one of the major sources of income for the country. Employing over 4 million people, it has 150+ plantations for tea production mainly in the regions of Sylhet, Chittagong, and Tetulia.

However, recently the country has also become an avid importer of tea because of the availability of low priced tea from tea producing countries like India, Vietnam, and Kenya.

The industry faces a multitude of problems including lack of capital and modern machinery, and the lower market value of the tea that is produced. In spite of this, it has grabbed the 10th spot in the World Tea Production Game.

Iranian people got the taste of tea around the end of the 15th century, when tea began to get shipped via “the silk road” (an overland trading path) from China.

Owing to the popularity of tea in the country, the Iranian ambassador to India under British rule brought 3000 saplings of the tea plant to his country. Subsequently, tea production began in the Girana region which is to the south of the Caspian Sea.

With around 5% of the total world tea production, Iran grabs the 9th spot amongst the top 11 tea producing countries.

One of the famous national delicacies of Myanmar is fermented or pickled tea. Known as Lahpet, this is what makes Myanmar the unique country that not only drinks tea but also eats it.

For a proper Lahpet, the Burmese selects the best leaves from the crop and ferment them by packing them in bamboo vats and setting them in pits. The resulting delicious pickled tea is eaten in the form of salad which is a crucial part of ceremonies that take place in the country.

Mostly grown on the Shan plateau of the Shan state, the extensive tea production in this country makes it rank 8th in the world.

Being introduced to tea by the Dutch in the 1700s, the Indonesians quickly took off to tea production mainly in the provinces of West and Central Java.

With gained popularity because of having the world’s highest catechin content, the domestic consumption of tea observed a rising trend. However, the per capita consumption is still low which leads the country to export almost half of its tea production to Russia, Great Britain, and Pakistan.

The country ranks 7th amongst the top 11 tea producing countries in the world.

Turkey is famous for its friendliness and hospitality, and a coherent part of which is its tea.

The Turkish tea grown majorly in the Rize region is brewed with the use of a double teapot namely, “çaydanlık”. Plus, it is served in a special way using the embellishing tulip cup made of glass, allowing one to relish the colour of the tea. This distinctness made its demand rise high in recent years.

For the high demand domestically, tea production is done extensively; making Turkey rank 6th among the top tea producing countries of the world.

For over 1000 years, China ruled large parts of Vietnam which led to the introduction of tea in the country. With green tea being the most popular, the country is also acclaimed for high quality black tea and scented tea.

Although the first tea gardens were established in Phu Tho and Quang Nam regions of the country, tea production has boomed to almost half of Vietnam’s provinces.

With recent interests in Oolong tea production, the country holds the 5th spot amid the top tea producing countries of the world.

Famously known as the Ceylon tea, this tea got into the country through a Britisher who set up the first commercial tea plantation in the region of Kandy in the year 1867.  Even today, the best known teas of Sri Lanka include Kandy tea along with Dimbula and Uva tea.

Although, most of the tea produced is black, the country grows a variety of kinds bearing the signature golden colour of Ceylon tea.

Popularly consumed domestically, the tea is also exported in great numbers. Being at the 4th spot amongst the largest tea producing countries, fulfilling tea demands is something they cherish.

After hitting the commercial markets in 1924, the country took no time to win international acclaim for the enticing flavour and aroma of the black tea and the CTC tea that it produces.

Most of this tea production is done in the Kericho region of the Rift Valley by small-scale farmers.

Being on the equator allows Kenya to maintain extensive tea production all year round. This makes it the largest African producer of tea with the 3rd spot on this list of 11 top tea producing countries of the world.

Tea or Chai can be called as one of the few splendid things that happened to India during the British rule. Known as the “land of masala chai”, India is famous for the chai tapris (tea stalls) which can be found in every nook and corner of the country.

The national drink is grown mainly in the regions of Assam, Darjeeling and Nilgiri, the majority of which is black tea and CTC tea.

Being the largest tea exporter, only after China, the country ranks 2nd among the top 11 tea producing countries around the globe.

A big thanks to the Chinese Emperor Shennong, for if he hadn’t been purifying water in the shelter of a tea plant, tea wouldn’t have been born for us to enjoy.

Well, that’s what a Chinese legend says about the birth of tea which happened because some tea leaves fell into the pot of water while the emperor was purifying it. The resulting brew’s appealing flavour and aroma were enough to encourage him to spread its goodness across China.

After holding tea monopoly for quite long, China lost it during the 19th century when India began tea production. This, however, didn’t stop it from holding the topmost position amidst the largest high-quality tea producing countries across the globe.

Now that you know about the Herculean amounts of tea grown in these tea producing countries, aren’t you pleased for the fact that there is never going to be any shortage of our beloved brews?

Well, Teafloor certainly is. That is the reason why we bring to you premium teas directly from the glorious gardens of India, for you to cherish the most authentic and delightful brews.