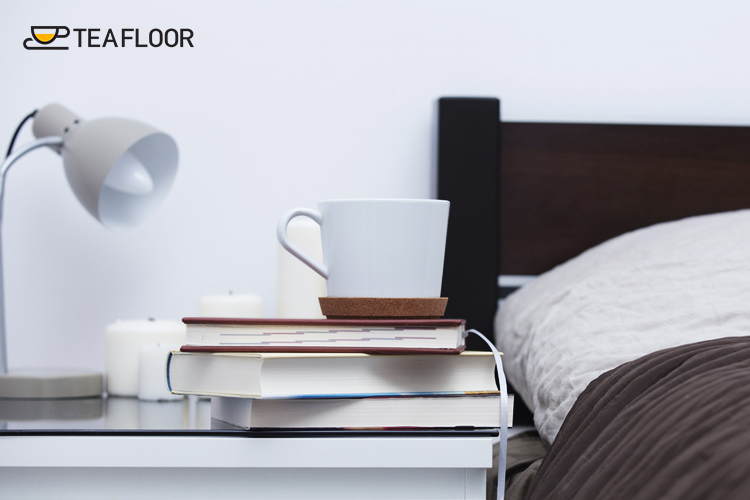 One of the best ways to get a good night sleep without any side effects is by consuming herbal teas. These herbal teas are the best and don’t pose any possible dangers to the individuals. Having a cup of tea before bed is often the easiest and most effective routine to adopt, as the natural herbs and flowers in tea can help support and promote a restful sleep. However, you still need to know the right herbs to use and how to brew them.

If you find it difficult to sleep at night, here are a few herbal tea recipes which you can try.

Chamomile tea has two varieties i.e. the German and English varieties. German chamomile is thought to be especially helpful in combating sleeplessness. This is native to eastern and southern Europe and western Asia. It has daisy like flowers which are used to make tea and herbal supplements.

This herbal tea gives you a calmer feeling, relieves anxiety and stress, thereby resulting in a good night sleep. It is said to contain natural sedative effects that helps your body to relax and sleep.

“For this herbal tea, you will need two cups of clean drinking water, two tablespoons of dry chamomile or 2 sachets of chamomile, 1/4 teaspoons of turmeric, ginger and cinnamon, one tablespoon of natural honey and a couple of teaspoons of coconut oil. To prepare the tea, you should boil the water, add the chamomile and let it steep for a few minutes. You should then add in the rest of the ingredients and then strain the mixture into a mug. If it is cold, you can reheat it and also add more honey to sweeten it.”

This is the most ancient herbal tea on the list which has been used from centuries as a sleeping aid. This is native to Europe and has a very bad taste. So it’s often sold as a blend with other soothing herbs like lemon balm, passionflower etc.

This tea works by stimulating the brain cells to produce more of gamma aminobutyric acid (GABA), a chemical which is responsible for soothing of nerve and relieving anxiety. Valerian root tea is safe and is perfect for those suffering from anxiety, mood problems and also insomnia. Best benefits occur when the tea is consumed over a period of 28 days.

“It’s very easy to make. Put a teaspoon of valerian root into an infusion tool like a heat seal tea bag. Put the valerian into an empty container and then pour in boiling water and leave the mixture covered for 15 minutes to steep. After the quarter an hour uncover and then pour the mixture into a cup but make sure you pass it through a strainer.”

Very less people are familiar with this tea and its effects on sleeping. The fact is that this herb has long been used to induce relaxation. A cup of lavender tea would make you sleep like a baby.  It can be used in both adults and children, and is considered much better than the over the counter sleep aids. This is often used in conjunction with chamomile flowers or valerian root. For best results, take this tea 15 minutes prior to bed time. Children and pregnant and breastfeeding women are advised not to use lavender tea.

“If you have dried lavender flowers you will need 1 1/2 tablespoons of it or 3 if the flowers are fresh and 2 cups of hot water. Add lemon to taste. To prepare the herbal tea, add the herbs and then put the boiling water before leaving it to steep for ten minutes. Strain and you tea is ready.”

This tea is of Indian origin and has been used from ancient times in to cure many diseases. This herb has many medicinal properties and one of them is relief from anxiety and depression. This been used for centuries by ayurvedic practitioners to treat a host of disorders, including insomnia. Ashwagandha is said to be an “adaptogenic herb” – which means a naturally growing substance that helps our bodies adapt to stress. Ashwagandha roots contain triethylene glycol, a compound that induces sleep.

Ashwagandha is not recommended for pregnant women, as large doses of the herb may induce abortion.

“It doesn’t taste good and hence is mixed with milk and sugar to improve its taste. First, boil the root in water for 15 minutes. Strain the liquid and allow it to cool before drinking. You can do this one hour before bedtime.”

The herb, Lemon balm is used to relieve stress and anxiety.  This herb acts by producing brain chemical GABA which regulates our nerve cells and lessens anxiety. It also helps with anxiety, indigestion and reducing stress. It is used in combination with valerian and chamomile to increase its effectiveness as a sleeping aid.

Lemon balm is generally considered a safe, well-tolerated herb. However, if you are already on medications for sleep disorders or anxiety or thyroid-related problems, consult your doctor before trying lemon balm tea.

“To 4 cups of boiling water, add one tablespoon of lemon balm (dried) or two dozen fresh leaves. Steep least 30 minutes before you can drink it. Easy to make!!!

Most traditional forms of tea and is often called as the “Grandmother’s tea” in India. This tea helps in digestion and relaxes you after a heavy meal. It helps to calm our mind due to presence of mentol and is also thought to stimulate vivid and pleasant dreams. Individuals who are diabetic should avoid this tea as peppermint tea also lowers the blood sugar level. It should be avoided in early pregnancy.

“Take some peppermint leaves and put in boiling water. To make the tea you should put the leaves or tea bag in a mug and then add the hot water and leave it to steep for five minutes or more if you want the flavor to be intense. You can add milk and sugar according to taste.”

This tea has been used in many Asian countries as a remedy for anxiety and nervous disorders. Studies have proven its use as a sleep aid and the ingredient in the herb acts as a mild sedative. Avoid Magnolia tea in Pregnancy and breast-feeding as it can cause the uterus to contract and that might cause a miscarriage. Also, stop using magnolia tea at least 2 weeks before a scheduled surgery.

Put two spoons of crushed or powdered magnolia bark in boiling water, approximately about four cups. Bring to boil and strain the mixture. Then add some honey to enhance the taste. Enjoy!!!

The Ginger and Turmeric Tea

One of the most traditional and famous teas in India. Ginger has many health benefits such as acts as a carminative, aids in digestion and has antibiotic and anti-viral properties. Turmeric has anti-cancer and anti-inflammatory properties, and the combination of both makes the perfect herbal tea.

People with ulcers, inflammation, gallstones, bleeding disorders, pregnant women should not consume ginger. Avoid ginger with blood-thinning medications, such as warfin and aspirin.

“This tea is very easily made. To boiling water, add a small piece of ginger root, 1/2 teaspoon powdered turmeric, one tablespoon of fresh lemon juice and honey which is optional. Cover the mixture and reduce the heat and let it simmer for a quarter an hour while stirring the mixture occasionally. After 15 minutes strain your tea. Ready to drink!!!

St. John’s Wort is a herb that is most commonly used for depression. It was found later that it can also be used as a beneficial sleep aid. Like other herbs, this herb stimulates brain to produce GABA which is responsible for releasing sleep chemicals in the brain. Do not use St. John’s wort tea if you are pregnant or breast-feeding as it can cause birth defects. St. John’s wort tea as it can worsen the conditions of patients with depression, ADHD and other mental problems.

Fresh St. John’s Wort tea is delicious, it has a delightful light lemony flavor. Steep 2 – 3 teaspoons of fresh flowers in hot water for 4 minutes, and then strain the flowers out. That’s all!!!

This herb is of Chinese origin and is rarely available in India. This herb contains compounds that reduce stress and anxiety. Schizandra tea is often used as a natural remedy for insomnia, especially if stress is the main cause. Avoid Schizandra berries tea in pregnancy as it might cause the uterus to contract, and this might lead to miscarriage.

“Pre-soak and strain schizandra berries and then add to boiling water. Boil water in a ceramic or glass pot. Simmer for 15-20 minutes with a lid. Strain and discard the berries. Serve hot with stevia, coconut sugar or natural sweetener of choice. This tea is also very refreshing served cold as an herbal fruit punch.”

A natural remedy for cold and flu but also acts as a “sleep aid.” It is shown to have a very calming effect and has natural sedative properties. For best results it is recommended to brew the tea for 15 to 20 minutes before drinking. If you are pregnant or nursing mother, do not take this tea without at least talking to your doctor first.

“Take about 15g of dried leaves, or 5g of fresh leaves, per liter of boiling water. Let rest for about 3 minutes and then drink a cup of tea before bed. Sip slowly and relax. Enjoy a peaceful moment with your linden tea.”

According to the Chinese philosopher Lao Tzu once said- “tea is the elixir of life.” Hence, rather than wasting your time and money on over the counter sleep aids which doesn’t promise a good night sleep but instead has various side effects associated with it, use these herbal teas which are safe without any side effects.

Try them today and let them help you get a full night sleep and wake up refreshed.

2 Replies to “Best Bedtime Drinks (Teas that help you sleep)”