Easier said than done, is exactly what turning vegan is like. With no animal products to be consumed including honey and dairy products, non-vegetarians go through a really hard time. Assuming things should go quite easily for vegetarians like me, I jumped into this vegan wagon without considering my addiction for the dairy milk. Now that I realise this, every other thing I enjoy having seems to contain dairy milk. From my favourite mango shake to the black forest ice cream, all are full of it. I just hope I get used to this new eating habit soon.

Anyway, as decided earlier, I had to now research and find which vegan milk would go best with my regular CTC chai so that I could keep enjoying its refreshment on my workdays. There are numerous vegan milks out there, nutty milks like Almond and Cashew, Coconut milk, Soy milk, Oat milk, and some more.

Here’s how I proceeded in my quest.

There were four factors which I was considering while searching for the most suitable bachelor to marry my tea:
a. The price of the milk.
b. The ability to be made fresh at home.
c. The time and efforts it takes, if making it fresh at home is possible.
d. The taste when brewed with my CTC black tea.
e. The nutritional value of the milk.

Therefore, I started my own testing umm, tasting session in my kitchen along with my mom.
Needed her for two reasons,
1. The kitchen skills.
2. Her tea addiction (The taste of the regular chai is deeply ingrained in her which makes her an apt critic for this experiment). 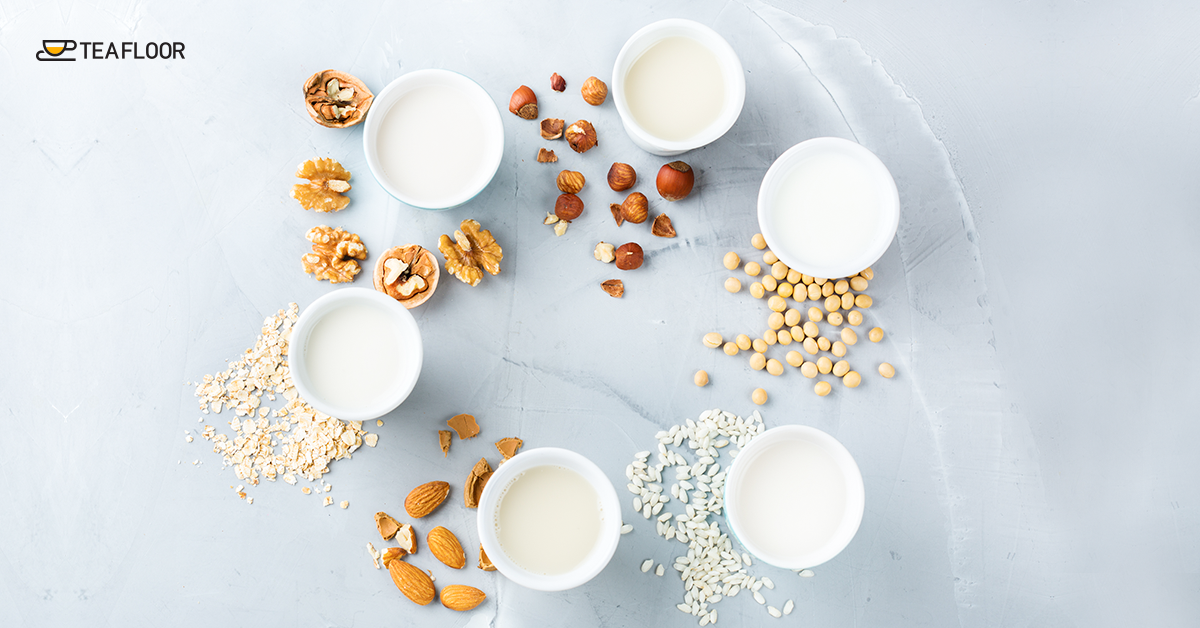 So here’s my research report on 6 types of vegan milk.

a. Price: Neither the store-bought milk nor homemade is cheap to the pocket.
b. Preparation: Can be easily made at home, takes around 10 minutes to prepare excluding the almond soak time.
c. How I prepared it: Took 8 almonds, soaked them for around 3 hours, peeled their skin off, blended them with 1½ cup of water and then strained.
d. Taste: A distinctive taste unlike the regular chai yet delicious. No nutty flavour or extra sweetness could be observed as expected.
e. Nutrition: A cup of original unsweetened almond milk contains 40 calories, 3 grams of fat, 0 grams of sugar and only 1 gram of protein. No calcium unlike the dairy milk which is rich in calcium.

a. Price: Neither buying it from the store nor making it at home is cheap.
b. Preparation: Can be easily made at home, takes around 5 minutes to prepare excluding the soak time.
c. How I prepared it: Took around 12-13 cashew nuts, soaked them for around 3 hours and then blended them with 1½ cup of water.
d. Taste: Creamy and little sweet. The taste of cashew nut was observed which made the difference between the teas quite notable. Not delicious enough for our taste buds.
e. Nutrition: A cup contains about 40 calories and 3.5 grams of fat per serving. It contains low-carb and is very low in protein unlike cow’s milk.

a. Price: Both store-bought and homemade milk is pocket pinching.
b. Fresh coconut to make milk at home is not easily available in many regions throughout the world.
c. Taste: I used store bought milk for the test. It had a quite distinctive taste and was creamy as well. Neither suited mom’s taste buds nor mine.
d. Nutrition: Diluted store-bought coconut milk contains 40-70 calories, 4.5 grams of fat, and zero protein. If naturally made, the calories are higher with less nutrients as compared to the store-bought milks which are fortified with nutrients like calcium.

a. Price: Both store-bought and homemade is cheap.
b. Can be made at home but is a time consuming process.
c. How I prepared it: Took 2-3 spoons of soyabeans which were soaked for a night, removed the skin, then blended with 2-3 cups of water and strained. After straining, boiled the milk and kept it to simmer.
d. Taste: Guess what? Quite similar to the usual chai. More than all alternatives.
e. Nutrition: One cup of soy milk provides 7 grams of protein, 80 calories, less than 1 gram of sugar, 4g of fat and 4g of carbs. Seems really healthy.

a. Price: Both store-bought and homemade turn out to be quite inexpensive.
b. Easy to make at home.
c. How I prepared it: Soaked 1 cup of rice in 2 cups of hot water for around 2 hours, blended it and strained using a cheesecloth.
d. Taste: Creamy, sweet but not very distinctive than the original dairy tea.
e. Nutrition: One cup contains 120 calories, 2 grams of fat, and no protein. It is high in sugar, calories and carbs compared to other milk alternatives.

a. Price: Both store-bought and homemade turn out to be quite inexpensive.
b. Easy to make at home.
c. How I prepared it: Soaked a cup of store-bought oats for an hour, blended it with 2-3 cups of water in a blender and strained the milk out using a cheesecloth.
d. Taste: Very similar to the regular chai, creamy and slightly sweet.
e. Nutrition: One cup contains 140-170 calories, 5 grams of fat, 3-5 grams of protein and 19-29 grams of carbohydrates. It is also quite high in fiber.

In case you refer to the way I prepared these milks at home, make sure to change the amount of the ingredients according to your preferences and add dates if you like sweeter milks, while blending.

Coming to the conclusion now.

So, Which Vegan Bachelor Am I Marrying My Tea To?

The expensive milks would have been considered if not for their not-so-good nutritional facts.
Amongst the cheap milks, the healthiest options found were soya milk and oats milk. Soya milk would have been my ultimate choice had it not been so time consuming to make at home. But, for those of you who don’t mind the store bought versions of milk, might very well choose it.
My choice? Well, it’s oats milk, because it’s easy to make at home, not very time consuming, plus, healthier than most vegan milk options out there, and yeah, it’s inexpensive too.

That’s not my ultimate choice though. I will continue testing these vegan milks with my chai every once in a while. Maybe, with different milk recipes and the different varieties of teas available at Teafloor.

Hope you found your choice too. And if not, then consider other tea options like green tea and oolong tea from Teafloor’s wide range which do not require milk to taste delicious. In fact, Iced tea would be a cool choice for the hot summers this time.

No comments yet
Best Vegan Milk 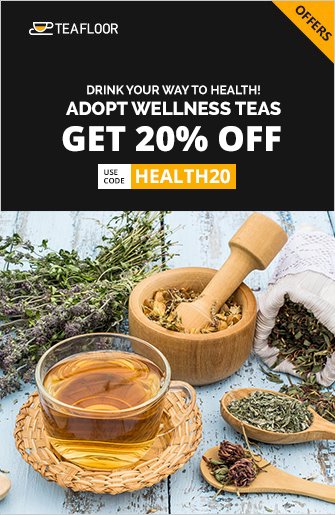 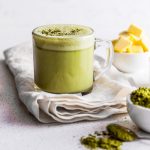 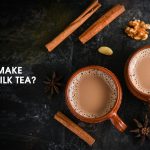 Don’t let life’s negativities take over you. B

Which of the two types of tea people are you? Most

A proactive person knows that the best time to buy

Accomplish your dream of having a successful tea b

The weather is changing and with changing weather

Do you have a dream of selling high-quality tea? B

Do you have a tea business? Looking for customised

Why you should include Aquaherbs in your daily dri