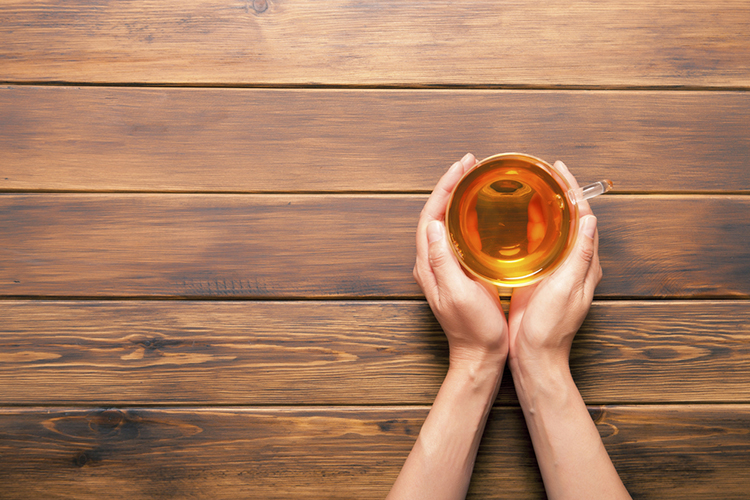 Improving heart health, reducing cancer risk, warding off dementia and diabetes—there’s barely a health benefit that hasn’t been credited to tea. More and more people have started to consume tree throughout the world owing to its health benefits. While tea has a number of health benefits, it also has some amount of mental stimulant in the form of caffeine.

Scientifically, caffeine is a central nervous system (CNS) stimulant of the methylxanthine class. It is the world’s most widely consumed psychoactive drug. Caffeine is a highly researched molecule and is known to have both positive and negative health benefits. There have been numerous studies done on caffeine and its effects on human beings. Leaving apart all the effects of caffeine, the most widely versed and debated topic of the era is on “addiction to caffeine.”

With the exception of water, tea is the highest consumed beverage on the planet.  Tea lovers are found in almost every part of the world. This indirectly signifies one thing; “Tea lovers are caffeine addicts too.” Although, caffeine can have many positive effects such as its property to be an anti-fatigue drug but has the risk of addiction if consumed regularly. Tea lovers have the tendency to consume tea throughout the day which puts them in the category of caffeine addicts.

The caffeine amount varies in different types of tea with black tea topping the charts while green and white tea being on the lower side in terms of the amount of caffeine. The average cup of tea contains 15-70 mg of caffeine, which when consumed on regular basis can easily make a person addict to caffeine. When a person regularly consumes caffeine, its effects are not as pronounced. The reason for this is that the person’s body has adjusted to the caffeine and now may need more to have the pronounced stimulating effect. This is actually known as “caffeine addiction.”

Another question which rises in the mind of people is the comparison of tea and coffee addiction. It is certain that coffee addiction is talked more than the addiction to tea, although there are many who are addicted to tea also. Coffee and tea have distinctive taste which people find very pleasant but the taste is not the only criteria which accounts for the addiction to the either one of them.

One of the main reasons behind this is the amount of caffeine content in both the brews. Coffee has 80-185 mg per 8 ounce cup depending upon the brew and the type of roasted coffee used while tea has 15 – 70 mg per cup. Also, the caffeine in coffee is sometimes associated with a lift followed by a letdown. The effects of the caffeine in coffee are immediate and sometimes arouse feelings of anxiety known as “coffee jitters”. This clearly amounts for the higher stimulating and addicting effects of coffee as compared to tea.

Tea addiction or we can say the addiction to caffeine can be prevented by many ways, mainly by lowering the amount of caffeine consumption. This can be done by using one tea bag for multiple servings of tea, by shortening the brewing time of tea or by lowering the temperature of the water of your tea. Also, switching your tea from black to white, green, oolong and herbal teas can help to reduce the consumption of caffeine. This is particularly important to prevent the withdrawal symptoms of caffeine.

Drinking tea regularly seems to be associated with better health as it appears to have no harmful effects and fits in perfectly fine with a healthy lifestyle. So, enjoy the relishing sips of tea throughout the day and stay fit.