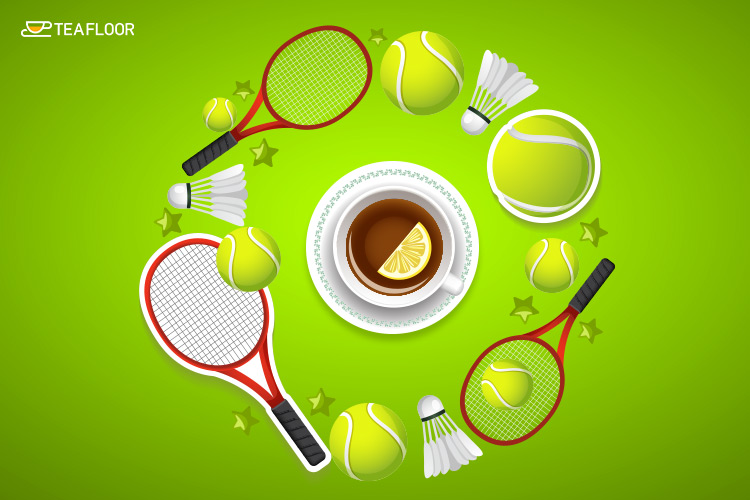 Green tea is something which has really taken over the world of Tea. It originated in China around 2,000 years ago and is now the world’s most widely consumed beverage after water. Given its widespread consumption, it’s hardly surprising that tea has been studied for its potentially health-giving properties. Research on green tea has already proved its health-giving properties in almost all the conditions right from a cold-flu to cancer.

There is no doubt that green tea helps us in one way or the other. Recent developments on green tea in performance of athletes have shown that it plays a very important role regarding the same. There has been a real excitement going on the above topic and more sports personal are getting interested in the research going on the effects of green tea on sports performance.

What is special in Green Tea?

There is absolutely no doubt that tea has been considered a medicine and a healthy beverage since ancient times. It has been used for headaches, aches and pains, digestion, depression, and as a stimulant. Drinking any sort of tea is healthy because of the presence of anti-oxidants in it but drinking green tea is far more beneficial than drinking any other kind such as black tea etc. This is because green tea contains significantly higher levels of naturally occurring powerful antioxidants called ‘flavenoids’. The main flavenoids are ‘catechins’ of which four are present in high concentrations and the scientists now believe that these compounds are responsible for the main health benefits of green tea.

Let us look into the real deal on how green tea enhances the sports performance in the individuals. There are variety of reasons that why athletes should consume green tea on daily basis. One important thing to note is that whatever benefits green tea brings to a non-athlete, the effects are almost doubled or tripled in athletes who are into resistance training. This may be due to the high absorption rate of nutrients in the body of athletes compared to non-athletes.

In other words, green tea provides the athletes with more power, more energy, quick recovery and improved neurological function. The very high dose of antioxidants help the body metabolize fats for fuel late in workouts for needed strength endurance. This high antioxidant quota is due to the presence of a high density of catechins, particularly the catechin ECEG. This compound has 25-100 times higher the antioxidant quality of vitamins C and E.

Athletes primarily rely on caffeine sources such as coffee, caffeinated beverages and health drinks to boost their performance. Research has proved that green tea is far superior for athletes than other sources of caffeine due to the ample provision of antioxidants and it’s availability in natural form free from sugar and other added preservatives. Hence, athletic-performance boosting quality of green tea is irrespective of its caffeine content, and exclusive to green tea itself.

Various studies conducted in Japan showed that athletes using green tea have enhanced muscular energy assimilation than the non-users. Endurance runners, sporting athletes, swimmers, and those who partake in cross training could all potentially benefit from the addition of green tea to their daily routine or nutrition plan.

Furthermore green tea possesses a potent diuretic quality which is considered as a blessing in the sport of bodybuilding. It is very important for bodybuilders who wish to heighten the appearance of muscle definition and appear as lean as possible before the contest.

Basically, when it comes to green tea, it is unfermented. This fermentation process has effect on the amount of phytonutrients available. Green tea is higher in catechins like EGCG than either oolong or black tea.

Recently, Matcha green tea has been used as sports energy drink and the trend seems to increase. Matcha green tea is unique because it’s grown in the shade which increases its chlorophyll content—the component in plants that make them green and that may also add to the positive health benefits of tea (Jiang, 2013).

Let us look at some reasons below on why athletes need to drink green tea:

One major research which has been carried out on green tea and its effects on fat oxidation and body weight. This is where it becomes interesting and the results show tremendous benefits in reduction of body fat in both athletes and non-athletes, though more prominent in the former.

Studies have indicated that the combination of green tea catechins and caffeine produces a ‘Thermogenic Effect’, boosting the rate at which calories are burned at rest and also increasing the rate of fat oxidation. Hence, drinking green tea for weight loss has been highly beneficial for athletes to maintain a healthy body weight.

For an athlete, digestion is the most important thing as it directly affects his or her performance. An athlete with a poor digestion cannot perform well at any cost due to poor absorption of nutrients in body.

Consuming green tea helps athletes to speed up the digestion process, reduces internal gas and various other digestive disorders. Green tea is thought to aid digestion in part by delivering vitamins B, C, and E that are so important to the body. The antioxidant properties of green tea help cells involved in digestion function more efficiently.

Green tea is said to provide high amount of strength during high intensity workouts by its unique fat metabolizing characteristics. This fatty acid metabolism provides energy during the workouts. This is particularly important for marathon runners.

Green tea is considered to be an excellent recovery drink soon after a heavy workout or physical activity. This is due to the high amounts of anti-oxidant present in the green tea which significantly reduce damage to cells, a problem associated with intense training. One study suggested that the “post exercise measurements of glutathione, the protein that protects from free radical (oxidative) damage were 37% more with a diet rich in green tea.”
Acts as a Neurological Fuel

Green tea is considered as the “Brain food” as it has tremendous neuro-stimulating effect which makes us smarter. This is due to the presence of green tea’s abundant amino acid, L-Theanine, which is responsible for the rise of alpha brain waves. The polyphenols present in it are believed to be the mechanism that aids mental processes such as memory and learning. The powerful antioxidants in green tea help to eliminate free radicals which are generated due to intense exercise and then embark on brain cell destruction.

Green tea has four psychoactive substances i.e. Caffeine, Theobromine, Theophylline, and L-Theanine. All of these together stimulate the central nervous system to increase mental focus during workouts. Theobromine in green tea is known to stimulate the heart and improves blood flow throughout the body and the brain.

Reaction time and alertness is something which is highly important in sports. Green tea has a combination of caffeine and unique phytonutrients which are responsible for the providing mental stimulation. A positive thing is that green tea acts as stimulant in alerting the body without over-stimulating to the point of anxiety.
Green tea has low amounts of caffeine, which in combination with high antioxidant and phytonutrient is said to reduce fatigue, increase adrenaline, and trigger fat metabolism.

Green tea is a natural diuretic which helps to wash out the toxins of our body which are generated during intense training. The removal of toxins directly affects athletic training, as these toxins interfere with the absorption of macro and micro nutrients. These toxins are also responsible for inflammation and muscle soreness. Furthermore, toxins have a direct neurological effect on athletes who rely on optimal neurological responses. Altogether, washing out these toxins can be best done by consuming green tea.

Green tea plays a role in controlling the carbohydrate conversion into blood sugar and also blood flow. Catechins which are present in the green tea help to keep the blood sugar level stable in athletes. This is particularly important in athletes who are suffering from diabetes. The catechins act as astringents that are involved with decomposition of food, including carbohydrates. Hence, a diet that is rich in green tea, carbohydrate uptake has been found to be significantly improved.

The moral of the story is…

Drinking green tea provides tremendous amount of benefits during an athletic performance. Drink it throughout the day and see the change…

5 Replies to “Effects of Green Tea on Sports Performance”