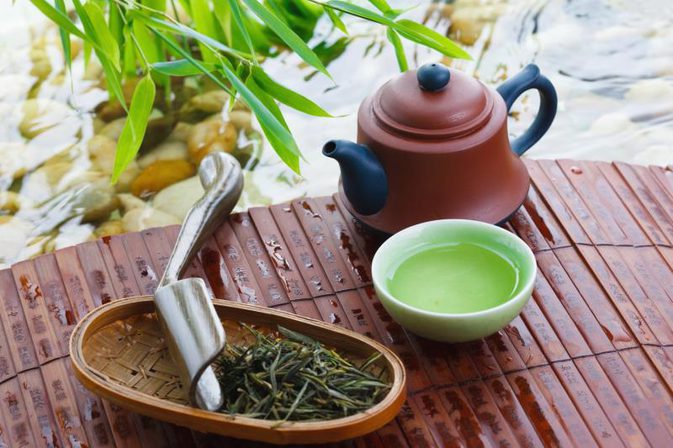 Organic green tea is gaining popularity day by day due to its numerous health benefits. The tea is native to China and is the biggest representation of China’s top teas. It was first recognized outside of China in the year 1900 and managed to quickly become popular around the world.

There are many stories related to the discovery of green tea across the world but the famous ones are been documented extensively. One of the most famous tales is of the Chinese emperor Shennong who in 2737 BC accidently discovered green tea. During one of his travels, when the emperor and his men stopped to rest for a while, few tea leaves fell into his hot cup of water. The Emperor drank the cup of the mistakenly made cup of tea and found it quite refreshing. Soon he ordered his men to find out the source, and it was the discovery of green tea. This is the most important event in the history of green tea as it indicates discovery, brewing and the consumption of green tea.

There are other stories too which dates back 3000 years ago where fresh green tea leaves were grown by the South-Asian people to be eaten/chewed for entertaining purposes. Tea became a common name during the Tang dynasty in the 5th century. Every household in China had tea by the end of 5th century and drinking tea became part and parcel of Chinese people’s daily life. A range of methods of refinement and meting out of green tea were found during this era.

The technique of processing of “Steaming” is also said to originate in the eight century in China.  The process steaming means to halt the “oxidizing” and “fermentation” action of enzymes on the leaves, preserve their green color and remove the “grassy” odor, the tea leaves are steamed using non-pressurized steam. The length of the steaming process is said to be a key determinant in the tea’s flavor, aroma and color. Green tea is also prepared by steaming and is semi-oxidized in nature.

The origin of green tea in India is still a mystery, although historians have managed to sort out some documents from the pre-colonial era. Historians suggest that there was a drink called “soma” which is also mentioned in the Rigveda, which was said to be the tea in olden times in India but still is uncertainty regarding the same. Some suggest that various regions in India drank wild tea but still there is no enough evidence to back up the theory. The theory which is sure about tea origination in India is of the British who established East India Company and the tea trade began in India. They also set up the Darjeeling area for the purpose of growing tea in India.

If you are a tea lover, then you can dig a little deeper in the history to find out more on the history of green tea around the tea. You can online tea purchase from various online shopping website like teafloor.