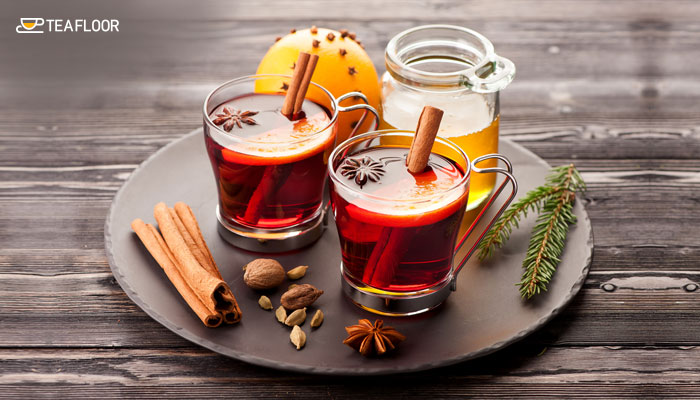 Popularly known as masala chai, Chai is a flavored tea beverage which is popular with the masses in India. Almost every household in India has chai for breakfast and with evening snacks. Masala chai is made by brewing black tea with a mixture of aromatic Indian spices, herbs like ginger, milk and sugar. The most traditional recipes call for green cardamom pods, cinnamon sticks, ground cloves, ground ginger, and black peppercorns together with CTC tea, milk and sugar. In most forms of tea, the tea is brewed in water and milk is added later, traditional masala chai is brewed directly in milk. This aromatic beverage originated in India but has now gained immense popularity worldwide. It is now widely featured in tea houses and coffee shops all over the globe.

History of the Traditional Masala Chai

Historically, in India, tea was viewed as an herbal medicine rather than as a recreational beverage. Some of the masala chai spice mixtures known as “Karha” that are still in current use are derived from Ayurvedic texts. The tea leaves which are used for making masala chai come from the long-leaved Assamese variety of the Camellia sinensis plant. These tea plants have grown wild in the Assam region since antiquity. During the 1830s, the British East India Company became concerned about the Chinese monopoly on tea. The tea production in China constituted most of the British trade and supported the enormous consumption of tea in Great Britain. The enormous consumption of tea in Great Britain was approximately one pound (by weight) per person per year. During the same time period, the British colonists noticed the existence of the Assamese tea plants. Since the British traders wanted to find an alternative source for their tea trades, they began to cultivate tea plantations locally in India. In the year 1870, over 90% of the tea consumed in Great Britain was of Chinese origin. This dropped to 10% by the year 1900 largely replaced by tea grown in British India (50%) and British Ceylon (33%).

Until the promotional campaign by the Indian Tea Association in the early 20th century the consumption of black tea within India remained low. The promotions worked positively and encouraged factories, mines, and textile mills to provide tea breaks for their workers. The campaign also supported many independent chai wallahs (tea sellers) throughout the growing railway system.

During the early days of tea promotions in India, the tea was as served in the English mode, with small added amounts of milk and sugar. In fact, in the initial days, the Indian Tea Association disapproved of independent vendors’ tendency to add spices and increase the proportions of milk and sugar. The British owned Indian Tea Association disapproved this since by doing so, it greatly reduced the usage and thus purchase of tea leaves per liquid volume. However, in the later days and as it is in its present form, masala chai firmly established itself as a popular beverage.

While there is no fixed recipe or preparation method for masala chai. It differs from family to family and greatly depends on personal preference. This also shows how versatile masala chai can be. There is no right or wrong formula. Many families have their own versions of the tea. However typically, most chai contains some caffeine content which is more or less 1/3 that of coffee if chai is made with a black tea base. Extremely hot water can also be used to steep the tea leaves steep long enough to extract the intense flavor, ideally without releasing the bitter tannins. Since there is a large range of possible variations, masala chai can be considered a class of tea rather than a specific kind. However, that being said, all types of masala chai have four basic components: milk, sugar, cardamom, and ginger.

How is Masala Chai prepared?

The tea base is usually prepared with a strong black tea such as the Assam variety so that the spices and sweeteners do not overpower it. Sometimes, a specific type of the Assam variety is used which is called “mamri”. Mamri tea is a tea that has been cured in a special way which creates granules as opposed to “leaf” tea. Mamri tea is inexpensive. It is the tea most often used in India. Other than Mamri tea, a wide variety of teas are used to make chai. For example-Kashmiri chai is brewed with gunpowder tea. Thus basically, most chai in India is brewed with strong black tea.

Traditionally masala chai is a spiced beverage brewed with different proportions of warming spices. The spice mixture is called as Karha. The karma is prepared with a base of ground ginger and green cardamom pods and other spices are usually added to this base or karha.

Most masala chai found on the street, in restaurants or in homes incorporates one or more of the following along with ginger and cardamom, namely: cinnamon, star anise, fennel seeds, peppercorn, nutmeg and cloves. While the cardamom has a dominant note, other spices such as cloves, ginger, or black pepper which add a heat to the flavour. In the south and south-west Asia, the traditional composition of spices often differs by climate and region. For example, in Western India, cloves and black pepper are generally avoided. Masala chai in Kashmir is brewed using green tea instead of black tea. This Kashmiri masala chai has a subtle blend of flavourings which include almonds, cardamom, cinnamon, cloves, and sometimes saffron. In Bhopal, a pinch of salt is added to the chai mixture. Other than the spices and ingredients mentioned above many other ingredients are also added to the chai for a more flavourful beverage. Ingredients in this chai may include nutmeg, mace, black cardamom, chilli, coriander, rose flavouring, or liquorice root. Some people also prefer a small amount of cumin

In India, traditionally the milk used to make chai comes from the water buffalo Outside of India, whole-fat cow milk is usually used to make chai. In a typical masala chai recipe, it is made by mixing ¼ to ½ parts milk with water and heating the liquid to near-boiling (or even full boiling). Although it is very rare, some people like to use condensed milk in their masala chai to double as the sweetener. The milk is replaced with water for those who prefer to drink chai without milk.

Traditionally, in most masala chai recipes, plain white sugar is used as the sweetener of choice. However, other sweeteners like Demerara sugar, other brown sugars, palm or coconut sugars, syrup, or honey is also used. Sometimes, jaggery is also used as a sweetener, mostly in rural parts of India. While some people prefer unsweetened chai, most agree that some sugar enhances the flavour of the spices.

All over the world, the Indian markets sell various brands of “chai masala”, for which can be used for making masala chai. However, most households or tea vendors, known in India as “chai wallahs” blend their own. The solid tea and spice residues are strained off and discard from masala chai before serving by using a fine mesh strainer 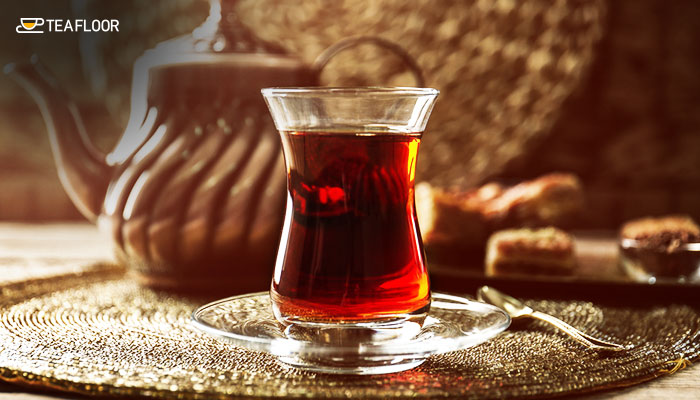 The method of preparing masala chai may vary according to taste or local custom. In some households masala chai is prepared by combining all of the ingredients together at the start, bringing the mixture to a boil, then immediately straining and serving. In other methods, the leaves may be left in the mixture simmering for a longer amount of time or begin by bringing the tea leaves to a boil and only add the spices toward the end (or vice versa).

Other methods are typical by the region as well. For example, in traditional Maharashtrian practice for preparation of one cup of chai is to first combine one-half cup of water with a one-half cup of milk in a pot over heat. The sugar may be added at this point or after which is followed by ginger being grated into the mixture followed by adding a “tea masala”. The ingredients of masala chai vary from region to region. Most masala chai recipes include cardamom powder, cinnamon powder, ground cloves, ginger powder, and pepper powder in their list of ingredients.

As a standard recipe, the water and milk mixture is brought to a boil and 1 teaspoon of loose black tea is added, followed by sugar and spices. The chai is then brought to a boil and then simmer for two or three minutes. The next step is to immediately take the chai off heat and cover it with a lid. The tea is then allowed to sit for approximately 10 minutes to allow the black tea to infuse into the chai. The chai is then strained using a fine mesh strainer directly into serving cups and served.

So what is it about this beverage that it is often said that Chai is the drink that India can’t live without?

In India, most people start their day by consuming a cup of tea. The English call this first cup of tea ‘bed tea’. Chai forms an important part of the dietary routine of most people. In India, the people consume many cups of tea throughout the day. Every street corner, especially in places of business, has a ‘Chai Walla’ who is a tea maker who brings hot tea to people’s places of business whether they are retail businesses or commercial. Tea is an essential part of life for most Indian. It is offered to all guests at home. Even retains stores offer tea to their customers. The masala chai is embedded so deeply into people’s routines that it is, in fact, not possible for most to survive without their timely cups of tea. A popular time for most Indian households to have tea is around 4 o’clock in the afternoon. Masala chai is typically served with snacks and savoury treats like samosas, pakoras, farsan and nashta food items.

One Reply to “MASALA CHAI- History of India’s Most Loved Favourite Drink!”