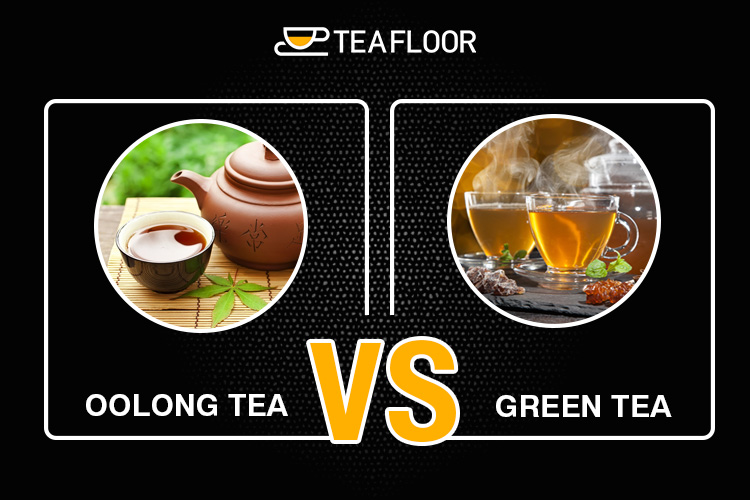 Tea has been the drink of choice for mankind for almost a thousand years now. There is no better and safe option than a quick cup of tea. A cup of tea helps us out both mentally and physically. In those tiring times, when we need a quick burst of energy, a cup of tea has always been there to make us active in flying colors.

Tea is said to be the most popular drink on the planet, after water. All types of tea come from the Camellia sinensis plant. The only difference which occurs is during the process of manufacturing and it the same process which decides the type of tea to be produced.

Just like a rising star, there is one more tea which is gaining popularity recently. Oolong tea, a traditional Chinese tea is now slowly taking the shelves of various supermarkets and online stores. There are many reasons for the same, like oolong tea like the green tea shows various health benefits too. Moreover, whenever anything comes into the market, and claims to be better than or same as the currently available products, there is always a mass flow.

Let us find out which one is better?

Oolong tea named after its creator is a Chinese tea with unique and distinctive characteristics, produced mainly in Fujian and Guangdong, as well as Taiwan while Green tea originated in China, but its production has spread to many countries in Asia. Green tea originated in China for medicinal purposes, probably 4000 years ago. So, both the teas have a common origin; at least history says that clearly.

If you are to decide which one to drink, then it sure difficult as hell as both have the same origin!

We can easily understand the difference in processing methods via the chart below.

Green tea is not fermented. Fresh leaf, on arrival at the factory, is immediately treated under high temperature by steaming or baking. This deactivates the enzymes that cause fermentation. The oxidation of polyphenols cannot take place and are preserved. This is why green tea has its unique flavor. The brewed tea is a pale green liquid, with the grassy flavor of the fresh plant. Because the tannins do not go through the oxidizing process, which has a mellowing effect, green tea can be bitter, more astringent if it is steeped for a long time.

See now with the process of manufacturing you can easily make out a few things. Firstly, regarding the taste and appearance of both the teas. Green tea has a light-colored appearance with a lighter taste than oolong tea. Secondly, which one has more amounts of anti-oxidants?

This is entirely your call! Decide for yourself, Oolong or green tea???

Which one has more???

Definitely, the antioxidants are higher in green tea, but there is still a decent amount of antioxidants in oolong tea. This is because of the process of oxidation which has been discussed earlier.

You are the smart one on this!!!

Caffeine makes us alert, and tea has enough of it. Both Oolong and green tea have almost the same amounts of caffeine in them. A cup of either one has approximately 70 milligrams of caffeine but some suggest that the caffeine level in green tea varies between 35-70 mg while in oolong tea it varies between 50-75 mg. So, this cannot be a deciding factor for the choice of tea to be made. Although, as compared to coffee, both of them have almost had caffeine quantity. A cup of coffee has approximately 200 milligrams of caffeine in it. So, if you want to avoid that jittery feeling of caffeine, then go for either oolong or green tea.

When it comes to weight loss, we see everybody panicking in one way or another. Today’s lifestyle has made us so sedentary that we put weight in no time and the most difficult part of it is “losing it.” Drinking tea can solve the problem of getting those extra calories into our body as it can be an ideal replacement of that frappuccino which is loaded with calories.

Various studies have suggested that the polyphenols in both green and oolong tea helps in fat loss. Both types of tea also boosts metabolism, which subtly increases the amount of calories you can eat in a day.

One more thing to note is that in some people green tea upsets the stomach when taken with meals while oolong tea has no such problems and it is a good accompaniment to greasy food. It is better for blocking dietary fat absorption.

Green tea has clearly more amounts of antioxidants and hence has more health benefits than oolong tea. This is an area where green tea has more advantages than oolong tea. In fact, not just oolong, green tea is a clear winner in this category as compared to all the other forms of tea. There are overwhelming scientific evidence to prove the health benefits of green tea. Although, it is too early to conclude that the antioxidants of green tea are more powerful than the oolong tea but for now the clear winner is Green Tea!!!

The common health benefits of both the teas are:

As we know that all teas accumulate nutrients from soil and water. They absorb bad pollutants also from the atmosphere, if not taken care properly. In this case, green tea is a clear winner as its is made from younger leaves as compared to the oolong tea leaves. The mature tea leaves accumulate more contaminants than the younger leaves over time.

Appreciation meter
When it comes to appreciation, oolong tea is a pure winner!!!

This is because Oolong tea has a variety of tastes and flavors. It has a stronger taste, which makes it an alternate choice for the coffee lovers too. Green tea on the other hand tastes bitter often, unless you drink high grade green tea which tends to be sweeter than the low grade.

When it comes to rarity value, green tea is the winner!!!

The best green teas are harvested only once a year in tea gardens of china in spring and that too for not more than 6 weeks in one season as compared to the oolong teas which are harvested 3 times a year. Hence, the green tea wins in the rarity scale.

Whatever be the case, the choice depends upon individual to individual. It is just a matter of personal choice. According to Chinese, green tea is to be drank in summers while oolong tea in winter. There may or may not be set of rules for the same.

So, which will you choose today: Green tea or Oolong tea!!!

Whatever be the case, the choice depends upon individual to individual. It is just a matter of personal choice. According to Chinese, green tea is to be drank in summers while oolong tea in winter. There may or may not be set of rules for the same.

So, which will you choose today: Green tea or Oolong tea!!!

4 Replies to “Oolong vs. Green tea – Which One is better?”