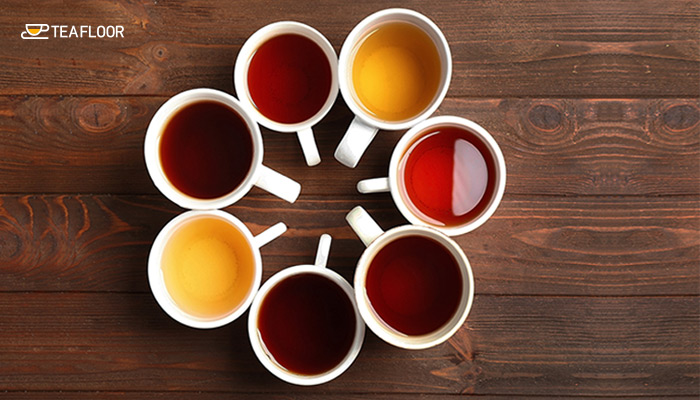 Everyone is stressed around us! Even you, the person reading this article may be stressed due to one or the other reasons in life. In today’s world, stress is a very common problem faced by almost anyone, and it has become a part of lifestyle. Whether you are a student, a working professional or a mother, you would be in stress due to one or the other reasons. According to research, anxiety and stress are tough to deal with. Turning to medication to help deal with them puts you at risk of adverse side effects. In fact, anti-anxiety medication increases your mortality risk by 36%. Due to these high adverse side effects, people have started to adopt a more balanced and natural way of dealing with stress. Some have turned to yoga and meditation while others switch to counseling and moving towards nature. But today we are going to give you a method which will give you relief from stress naturally. Tea is said to have many health benefits and has been used by centuries as medication in China. We are going to introduce you to a set of “Herbal teas” which you keep you away from stress. Herbal tea has various bioactive ingredients which work directly on the body to reduce stress and improve sleep. This helps to calm mind and relax the body.

Let us find out different herbal teas which can be beneficial to reduce the daily stress levels in our life.

This tea is also known as “Kava-lite” and claims to have given benefits similar to Kava tea. This tea is rich in flavonoids and other anti-inflammatory compounds. Tea is being derived from the roots and leaves of the passion fruit plant. This is being used from years to improve sleep quality, calm patients before surgery and ease anxiety. Many have used it and said that it is better than pharmaceuticals to treat general anxiety. It can be found both as prepared tea in bags and as an extract. It is also used in Hawaiian punch and some soft drinks for its flavors.

This root is a legend when it comes to treat anxiety and depression. It was used in the 4th century by Hippocrates to treat insomnia and today is consumed as a stress buster tea. Doctors often give this to get a good night sleep. Valerian appears to work by lowering cortisol and inflammation in the body and brain. Make sure the first consumption should be taken at night, and also advisable not to drive after drinking Valerian Root tea.

Mint is common around the world for its aromatic flavor. Adding peppermint and spearmint to your tea and then drinking it relaxes your mind and also is good for upset stomach. It solves the digestion problems like gas, acidity while at the same time acts as a mild sedative. It can be consumed both hot and cold and gives extra benefits if consumed at night before sleep.

This is one of the best teas for bursting stress in day to day life. It is known as the “calming tea” as it tends to calm the mind immediately within a few hours of drinking it. It has a slight sweet taste and a pale yellow color. It is mainly helpful for people who want to overcome insomnia, hyperactivity or stress. This is a bed time tea and induces sleep well. It is mainly consumed before bedtime only. This is also rich in antioxidants, it has many of the same anti-inflammatory properties as green tea. Since it has a very mild flavor, it can also be brewed with other calming teas such as lavender for a relaxing blend.

This herbal tea is best used for digestion related headaches and is used to reduce excitement and palpitations. It also helps to relieve digestive distress caused by anxiety and improve mood. It is best available as prepared bags but you can also grow it in your garden and later brew the fresh leaves.

We all are aware of Tulsi and Tulsi Tea in India. Around the world it is known as holy basil and also been used as a general tonic for overall well being. Tulsi is known to reduce the symptoms of generalized anxiety disorder and support adrenal function. It is combined with other kinds of teas such as lemon balm tea to make a relaxing combination.

This is mainly used in India in ayurvedic practice and aswagandha is used for anti-anxiety purpose. It’s been used for at least 4,000 years and modern research reveals that it helps the body maintain homeostasis in stressful situations and reduce chronic anxiety by reducing cortisol levels.

Lavender is one of the best stress buster teas and is well known for its calming effects. It helps to fight indigestion and acts as a sword for anxiety, tension headaches and nervous breakdown. Lavender has antioxidants like regular tea leaves, but without the caffeine. It is best combined with chamomile tea at bedtime for a soothing sleep.

Ginseng is made from the ginseng root and is available in three flavours—American, Siberian and Asian. It is used in Asia for boosting the body energy and improving circulation. Although, it doesn’t have a calming effect of its own but it supports to fight depression and fatigue by improving circulation and increasing vitality. Ginseng tea is better known as a mood booster and adaptogen for the times of stress and anxiety. It also fights against cancer cells and help prevent obesity.

This is a calming tea which is found in green tea blends. Lemon balm contains terpenees which is used to reduce inflammation and even treat Alzheimer’s disease. Some of its documented benefits are reducing cortisol, elevating mood and lowering anxiety. It is often used in combination with valerian to make a soothing cup of brew since lemon balm alone doesn’t induce sleep. Lemon Balm tea is also known as Melissa. It also helps people with mental disorders.

Herbal Teas are the one of the best ways to relieve stress and bring the stress hormones back to normal levels. With time, Herbal teas are becoming popular in every part of the world. So, if you are stressed out, consume one today itself!

Abhishek Dixit
No comments yet
teafloor