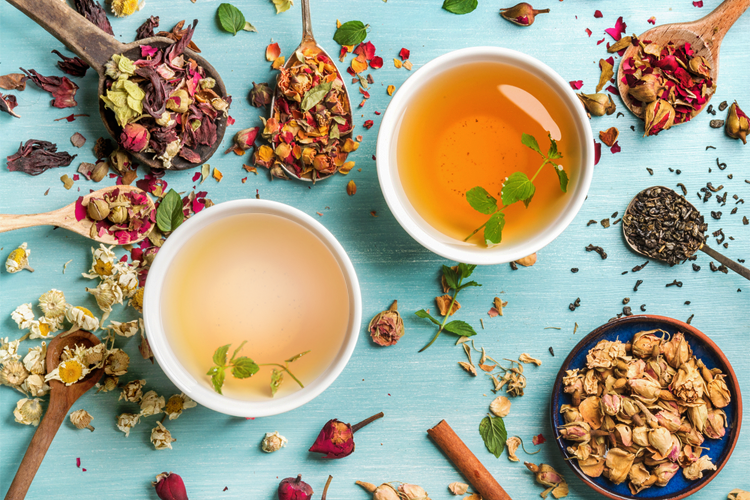 For years, tea has been used as for many medicinal purposes. The exact reasons were not clear then but the recent advancement in science and technology has provided us with many studies showing the exact reasons. Tea has many beneficial effects, right from cancer prevention to maintaining a healthy weight. In a sense the benefits of tea are uncountable and this super-drink for sure cannot be ignored!!!

Green tea is famous for its numerous health benefits that have been extensively researched in recent years. But do you know it has a less-popular but raising sibling, called white tea?

The white tea and green tea come from the leaves of the Camellia sinensis plant. Both white and green teas contain copious amounts of polyphenols — antioxidant plant compounds with proven health benefits.

White tea is a very expensive tea of Chinese origin, mostly grown in the Fujian and Zhejiang province but more recently it is produced in Eastern Nepal, Taiwan, Northern Thailand, Galle (Southern Sri Lanka) and India.  It is a very lightly oxidized tea which comes from the buds and leaves of the Chinese Camellia sinensis plant, which is also the used for processing green teas.

Its name derives from the fine silvery-white hairs on the unopened buds of the tea plant, which gives the plant a whitish appearance. The beverage itself is not white or colorless but pale yellow. It has a mild and smooth flavor, which is why some prefer white teas over green teas.

Green tea on the other hand is both of Chinese and Japanese origin. Chinese green tea is different from Japanese and the difference between both the varieties of green tea is in the processing, growing conditions and harvests time.

There are two principle varieties of the Camellia sinensis tea plant from which the tea we drink is produced.

Both green and white teas come from the same tea plant, Camellia sinensis, but there is difference in the processing of both the teas. These two varieties of tea differ in the age at which leaves are picked and how they are treated immediately after harvest.

The white tea leaves are harvested at a younger age than green tea leaves i.e. from the buds and immature tea leaves that are picked shortly before the buds have fully opened. In contrast, green tea requires the picking of young leaves after the bud has formed a shoot.

White tea is considered rare and is usually more expensive than green, as it can only be handpicked during a few days of early spring and has to be handled with such care.

One of the biggest differences in how various teas are processed is based on the phenomenon of oxidation. In the process of oxidation, the tea leaves are allowed to expose to oxygen once they have been harvested.

The basic principle behind this is that – ‘The longer tea leaves are exposed to oxygen, the darker the leaves become and the deeper the flavor profile that’s developed.’

There are various methods to create and control the process of oxidation. The oxidation process is controlled by methods such as steaming, firing or roasting while it is speeded up by the methods of rolling, shaping or crushing the leaves. Here is the basic difference in the processing of white tea and the green tea.

White tea is minimally processed and not oxidized as it is is neither rolled nor fired while Green tea has a minimal amount of oxidation, halted by additional pan-frying (Chinese teas) or steaming (Japanese) steps.

The white tea leaves are simply allowed to wither and dry in a carefully controlled environment. As soon as the leaves are plucked they are allowed to wither and air dry in the sun or in a carefully controlled outdoor or indoor environment. Green tea leaves are harvested and then quickly heated—by pan firing or steaming—and dried to prevent too much oxidation from occurring that would turn the green leaves brown and alter their fresh-picked flavor.

This is the finest kind of white tea made only of silvery white buds. It is the most famous white tea, with a delicate, light, and slightly sweet flavor.

Next highest in quality, White Peony consists of buds and leaves. The best White Peony has both bud and leaf covered in silvery white hair. It tends to have a stronger taste and darker color than Silver Needle.

A lower rank white tea, Long Life Eyebrow is made from leaves left over after the Silver Needle and White Peony harvest. Shou Mein is mainly produced in China using leaves that are plucked late in a harvest season.

Another lesser white tea, Tribute Eyebrow is made from a special tea bush and is processed in a slightly different way than the other white teas. This variety is not much used but has started to gain popularity recently.

If we look into the green tea, there are mainly six varieties of green tea. They can be classified on the basis on low cost and high cost.

Here are 3 green teas that are low to moderately priced:

Gunpowder tea comes from China and comes in the form of small pellets that open up when placed in hot water.  It has a slightly smoky flavor which many people enjoy. This tea is also high in fluoride which may help to reduce dental caries.

This tea has a stronger taste than most higher-end green teas. It is one of the least expensive green teas available on the planet. It is most commonly consumed in Japan and the lowest caffeine content of all the green teas, which makes it suitable for those who are sensitive to caffeine.

China green has a more subtle flavor than gunpowder or bancha and is a good standard, everyday tea.

Here are 3 types of green teas that are higher in price:

Sencha tea is made from smaller, more delicate leaves than those used for the lower priced bancha which gives it a more refined flavor.. It’s a green tea that the Japanese are most likely to serve their guests. Sencha also may have the most health benefits since it has the highest concentration of polyphenols.

This is the type of green tea used in the traditional Japanese green tea ceremonies. Matcha tea comes in the form of a fine green powder which is added to hot water and stirred with a bamboo whisk to dissolve the powder before drinking. It can also be incorporated into a variety of recipes including lattes, cookies, and ice cream.

Gyokuro tea is considered to be one of the highest grades of tea available and It’s considered to be Japan’s best green tea It’s made from the first flush leaves and tends to have a greener color than most other forms of green tea with a sweet, slightly vegetative flavor.

This is an important factor when choosing to drink the either kind of tea. The white tea is generally popular for the fact that it contains less caffeine. It usually contains less amount of caffeine as compared to the green tea.  White teas from Fujian may contain around 15 mg of caffeine per cup while green teas have 20 mg per cup.

If caffeine tends to make you jittery, Chinese white teas may be the better choice. On the other hand, because of the mild taste, tea drinkers tend to apply a longer steeping time for white tea, resulting in more release taste and caffeine at the same time.

Catechins are chemicals in the form of anti-oxidants which are found in tea and EGCG is considered to be the most abundant type of catechin in tea. EGCG is a potent antioxidant which has many benefits for various disorders such as cancer, heart problems, weight loss etc. It’s main application lies in the prevention of cancer such as colon cancer, breast cancer etc.

Some studies have shown that white teas have a concentration of antioxidants that is three times higher than in green teas. This explains the greater anti-bacterial and anti-viral effects, which can help the immune system to fight off infections.

Based on these the white tea is considered to have more better health benefits but the  research results have not shown conclusive results yet. Since, they are both healthy, simply go for the tea that you like the most.

Both the varieties of tea have properties for weight loss and fighting obesity. When on a fat loss programe, it has been a recent trend to consume green or white tea. The main reason behind this is the “Polyphenols in tea” activates an enzyme in your body that can dissolve the excess triglyceride. Various studies have proved that white teas have more antioxidants as compared to the green teas. Also, caffeine acts as a mental stimulant which helps to exercise more and lose weight faster.

Surely, Green tea is an extremely healthy addition to the diet. The reason more people recommend it is that it has been studied extensively and it’s more common for most people. In addition, green teas are also easier and cheaper to buy. However, considering white teas contain more antioxidants and less caffeine (based on most recent studies, it would be an even healthier choice. However, the much higher market price should be considered when shopping.