Did you know the British tea culture is so high that over 80 million kgs of tea get sold in one year in the United Kingdom?

You see, tea is one of the world’s most popular beverages, produced by pouring boiling water over the leaves of the Camellia sinensis plant. It has been drunk for thousands of years and originates in China.

But it reached the United Kingdom in the 1600s when Dutch traders first brought it back.

And the tea culture’s roots were sowed. How did it end up happening? Why such fondness for tea? Read on to know the 4 primary reasons.

4 Reasons Why British Tea Culture Is A Thing

1. The decreased taxes and Catherine.

Queen Catherine, the wife of Britain’s King Charles the second, fell in love with tea when it was first offered. Tea soon became her favorite beverage, and she promoted it on social occasions.

But, not many of her followers were able to afford it. Not just because of the excessive taxes on tea leaves coming from India, but also because of the expensive porcelain cups made in china.

So, in the late 1800s, the government decreased the tea taxes. And this led it to gain widespread popularity. After all, why would any follower not want to know what’s so special about this beverage that the queen liked?

2. A way of defining class.

You see, in its early days in Britain, drinking tea isn’t everyone’s cup of tea. It was expensive, plus, making tea the best way was an art only a few knew.

This led to classifying people based on their tea-drinking habits.

Even after the tea taxes got reduced and everyone could afford it, one reason it was a part of almost everyone’s diet, was to show off their class.

In her book Watching the English, anthropologist Kate Fox says that when a Britisher brews a cup of tea, they send numerous signs.

For instance, the working class prefers the strongest black tea brews. These contain the highest concentrations of the tea’s molecules. One reason for this is that they need substantial amounts of caffeine to stay awake and energized for work.

But as one climbs the social ladder, the brew becomes increasingly weak. That’s why most queens, princesses, or multinational CEOs drink green tea or expensive white tea. 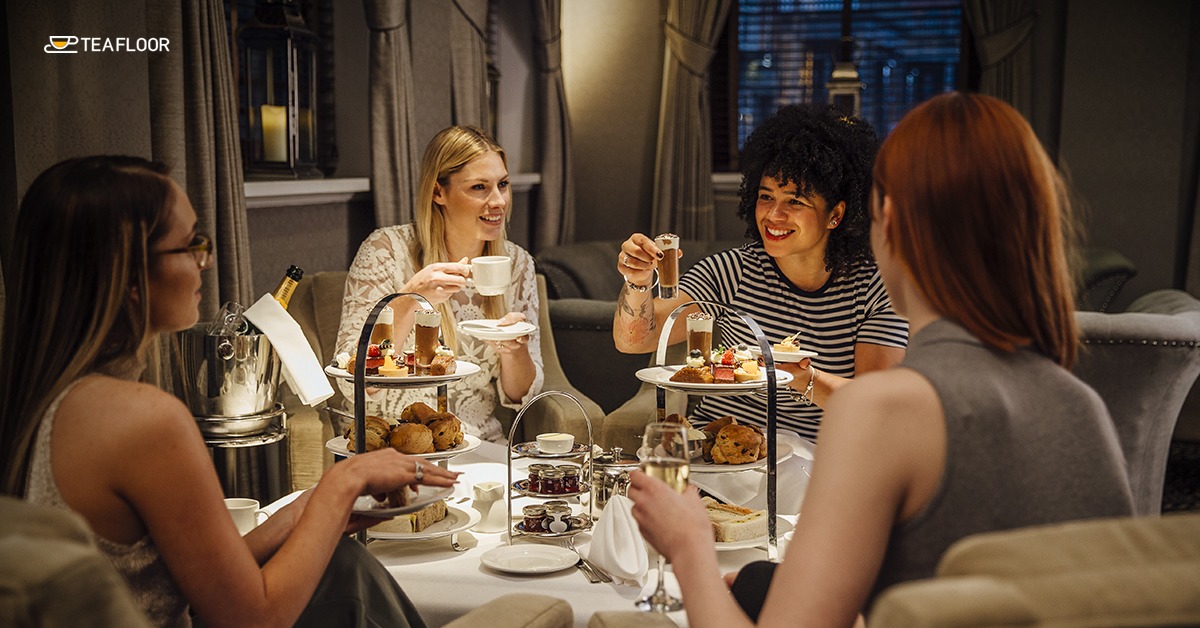 The codes for milk and sweetener are different.

According to this book, sugar in tea is often regarded as proof of a lower-class background. Even one spoonful is questionable (unless you were born before roughly 1955. If you have more than one spoon, it indicates lower-middle class at best. And more than two are working class.

Other guidelines include when and how milk should get added if it is being added.

3. A variety for every occasion.

Did you know English Breakfast Tea was the most preferred tea type according to a survey of consumers in Great Britain in 2020? More than half of respondents stated it was their preferred tea?

But that’s not the only type they prefer. The Britishers also have afternoon tea and high tea (evening tea).

According to legend, Anna Maria, the seventh Duchess of Bedford, you should thank for inventing afternoon tea. Anna asked her maid to bring her tea, and a slice or two of bread and butter to hold her over during the long gap between lunch and dinner. That’s because she noticed having a sinking feeling about 4 p.m. every afternoon. She quickly realized how refreshing it was and invited her friends to join her.

The English afternoon tea was born after it quickly became a popular social occasion.

With so many varieties and a type for every time of the day, the brits got into the habit of drinking tea. And habit makes us like the thing more.

4. A way to avoid social awkwardness.

Ever wondered why when meeting friends, family, dates, or even acquaintances, we often choose an eating or drinking place?

People either meet each other for coffee, in the bar for drinks, at the water cooler, at dinner, at lunch, or brunch. Even if it’s the movies, you always have popcorn.

The reason is that without something to eat or drink while you ‘meet’, it feels awkward. And especially when you are meeting someone for the first time, the awkwardness can start your relationship on a negative note.

So, we add drinks, popcorn, dinner, or tea in case of the British to avoid social awkwardness. And since the brits have tea for every occasion, it wasn’t difficult for them to come up with the options.

Tea is the world’s most consumed hot beverage. It is also the most popular non-alcoholic beverage. Surveys estimate it to be consumed in around 85 liters per person and per year.

Even though it primarily comes from India and China, it is the UK and their British tea culture that made tea famous worldwide.

The decreased taxes, their queen, and the way tea helps define class are all the reasons why the British tea culture is a thing. Don’t forget the variety of options available for every occasion,

Want to enjoy this culture yourself? Start by trying the English Breakfast Tea today!

Mukul Singhal
No comments yet