India is the second-largest producer of tea after China. Tea plantations were introduced to the country by the British, during the colonial regime. Over the years, Indians started producing different varieties of teas like Assam, Kangra, Darjeeling, Kashmiri Kahva, Nilgiri, etc. Among all the aforementioned varieties, the one which has stood the test of time in terms of popularity, (at least in the domestic market) is Assam tea. Over the years, this brew has been loved by the majority of Indians, and for good reason.

The Origin of Assam Tea

No points for guessing that tea drinking was first introduced in China. It was Robert Bruce, who noticed the plant growing near Rangpur back in 1823. The leaves of this plant were sent for testing and they were classified to be the same species of plant as the ones found in the Chinese tea gardens. Mr. Maniram Dewan was the first Indian tea planter and is credited for establishing the very first commercial plantation of what we very well know and love as the Assam tea. By the year 1862, the tea industry in Assam comprised of around 160 gardens.

Today the region has grown to become one of the world’s largest tea producing belt producing more than 400 million kgs of tea on an annual basis. The tea estates in Assam cover a whopping 2,16,2000 hectares of land. More than 100 tea estates are dedicated to this brew. Assam tea has a very firm hold in the domestic tea market. Most Indians prefer this brew above the other variants because it is a very strong one that packs a punch. It has a powerful aroma and taste, with a burgundy-reddish hue to it. The Assam tea happens to be very malty in nature, perhaps that is the reason why it mixes really well to form chai.

More About the Assam Chai

Chai, as we know, is an elixir that most Indians thrive on. Assam tea has the ability to blend really well with milk and sugar unlike many other varieties of teas. It also complements the flavors of a few spices like cardamom, ginger, and cinnamon. There are many variations of Assam tea, and the quality, as well as the grades, differ. Since the brew is grown in abundance, the CTC method of the plantation is more often than not employed in its processing. 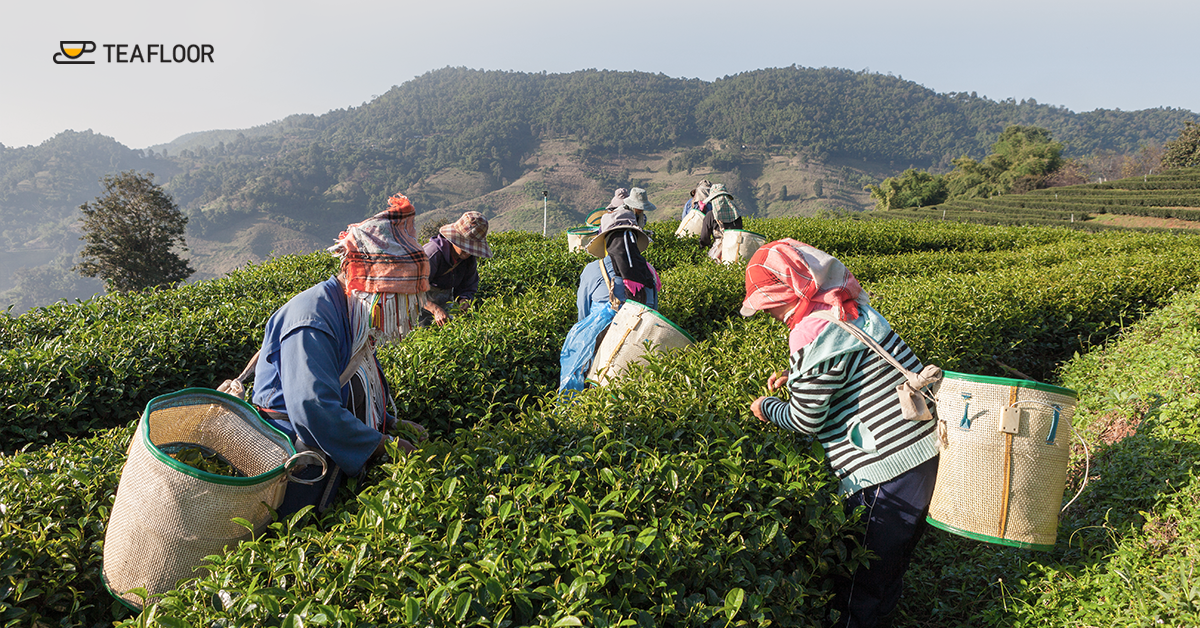 Since the brew is grown in huge quantities and processed using a mechanical CTC method, it is priced in a pocket-friendly manner. This means that the brew is within the reach of most Indians. Most of the middle-class Indians are always on the hunt for affordable products and Assam tea very easily ticks all the boxes. It is full of caffeine, it tastes good, it blends with milk and more than anything else, it is very easily accessible.

About the Tea Gardens in Assam

There are many benefits of Assam tea. It is excellent for maintaining heart health and is known to be good for the brain. Since it contains heavy amounts of caffeine, the Assam brew is great for kicking away lethargy in the morning. In fact, it is oftentimes compared to the English breakfast tea, because it is so strong. In fact, unlike coffee, it does not cause jitters and because of its slow release of caffeine, it helps people to focus on their work for much longer without breaking into jitters. The Assam brew is primarily a black tea and an excellent alternative to coffee.