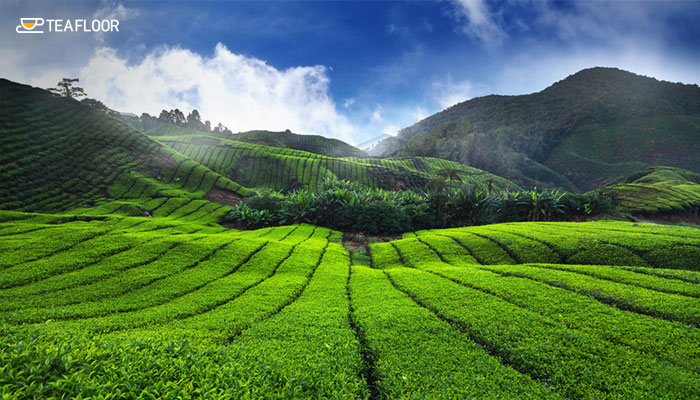 Back in 2015, I was working with an NGO. There was a certain project for which we had to go to a village for a period of a month. My posting was in a village in Kerala. It was the first time I had gone to Kerala, and it definitely is what they say, the God’s own country. Such beautiful landscape, picturesque locations with waterfall and tea gardens. Any and everywhere around me was eternal beauty that can never be summarised in words. Back then, I was never too excited about tea, my caffeine quench was always satisfied by coffee which luckily was also available there in plenty, and hence I couldn’t find a reason to try it extensively there either.

This one day, me and my friend decided to out for a trekking at random locations around our place of stay, you know, give ourselves a hippie feel and explore the region on foot. We carried minimal luggage, we had little bit of cash so we carried our cards and decided that we will withdraw some cash wherever we find an ATM. Thus, began our little expedition, we asked around and someone pointed us to a good trekking site which was right along the tea gardens, we tightened our shoelaces and started the climb, we crossed plenty of small settlements along the way surrounded by serene beauty and we kept going. 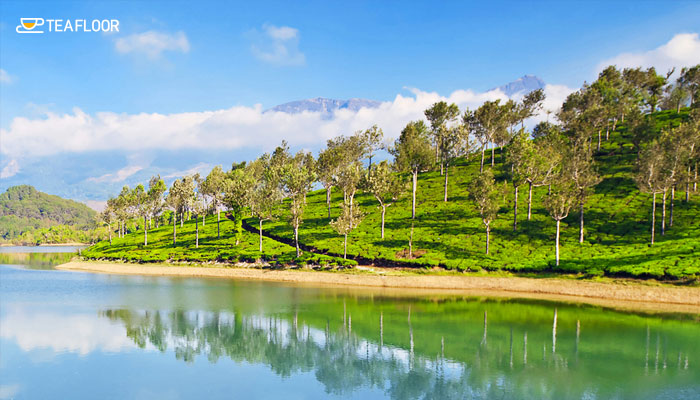 Eventually we reached a valley and it was beautiful! It had a river flowing down, we thought of going down the valley and sit besides the river and just watch, watch God’s own country in its best self. After a while I noticed a small leech climbing up my shoe, I picked it up and showed it to my friend who told me how gravely dangerous this creature is. So a little bio help, Leech have an anesthetic in their saliva, hence they will be sucking on your blood and you would not even know about it. While he was telling all this I noticed 3 leeches stuck on his neck! I got scared and started looking over myself too and found at least 20 leeches sticking on to me and on a closer look on the ground I was able to see hundreds of them moving towards us. We started running while picking them out one by one, we got out of that place as fast as we could, running towards the nearest settlement we could find. We climbed up the valley into an open space where we sat and plucked each leech off us one by one, we were thoroughly exhausted, horrified, trembling and bleeding crazy.

We could see a small housing of tribal people at a distant location near the tea gardens. So we approached a small house, an old lady resided in that house. She was frail and moved slowly, it seemed like she was the only one living there, but she was able to manage the whole house by herself. I could say that because she had a couple of hens, a few goats and a cow, and surely managing all this livestock seemed like a tedious job but she had everything well managed. Her house was clean, I could see a Tea leaves plucking basket kept in the corner of her porch, I assumed she was a tea worker at the tea estates there.My friend told her all about what happened to us, and the lady was very helpful. She helped us clean ourselves up, offered some of her homemade antiseptic, which she herself applied to our wounds, it was a green chutney kind of a thing, stingy, but it stopped the bleeding very soon, and then she fixed us a cup of tea. It was a black tea made out of tea dust (I think that was all she could afford) she gave us the tea in a small glass with a quarter of a lemon squeezed into it. I picked up the glass hesitantly, my hands were shaking as I held on to the glass with both my hands and took a sip, it was very astringent, I could even feel the grains of tea dust on my tongue, I did not like it much, but I kept going on. After a few sips my tongue got used to the astringency, and I started experiencing other flavours, there was a hint of lemon, a woody and slightly fruity aroma, and a sweet aftertaste. By the time I was done with half the cup I had already started feeling calm, my hands were becoming more stable and I could feel my body returning back to its normal temperature. I wasn’t tired anymore, instead I felt refreshed. I could begin to start appreciating my surroundings again. The tea gardens,the light drizzle in the wind felt good on my face. I got this inexplicable rejuvenating feeling.

This is when I started appreciating tea, I loved that how pleasantly astonishing it really was that a single cup of tea with just 3 ingredients, water, tea and lemon, can soothe a restless soul. Now I knew how did that lady managed everything around her single handedly without a single crease on her forehead. There was a beautiful calmness in the way she would talk, in the way she would walk. There just was something that I never in anyone in the cities ever.

From that moment on, tea became the love of my life, every time I was tired, I would grab a cup of tea, and it surprised me every time with the host of flavours it had to offer. From the aroma to the caffeine, I just loved every part of it. We thanked chechi (that is how you greet elder ladies in Kerala) and left for our accommodation. For the remaining part of my fieldwork I decided to take out little time every day to study about tea.

It is very easy to find online tea store like Teafloor, I came to know that tea is the second most consumed beverage in the world after water and that it was introduced by the Britishers in early 1800’s and it had a very interesting history ranging from the first Opium war to the cold war. Everything had a connections with tea.

The more I studied more I started getting interested about this beverage, I started visiting the tea gardens in the area around my work, spoke to the BLF factory managers, tea workers and the residents of the area and gathered as much information on tea as I could. I came to know that the Nilgiri tea gardens are a geographical indicator of tea in India, the weather conditions of the region provides the tea with its characteristic briskness which is not found in any other tea estates of the world. I even explored different kinds of tea from the strong black tea to tasty and grassy green tea to the aroma rich orthodox teas. Every cup had a different story to tell and the characters of the story were the polyphenols, the caffeine and the antioxidants and together they created a symphony of taste that can not be described in words. I wondered that the tea sommeliers and the tea tasters in the world had the best job, they get to experience these stories everyday and even get paid for it!

This one day, when I was walking through the tea gardens, I saw the old lady again, this time working on the field with the same basket hanging at her back. I greeted her and she smiled at me and after exchanging a few words she got back to her work. I stayed back and watched her work. She was plucking the tea leaves, it seemed like a tedious job, but she was doing it with relative ease. She would hold the top three leaves with her thumb and index finger, and gently twist it to break it off. The leaves she was plucking had one bud and two leaves attached to it and somehow she would pick leaves that were exactly alike and exactly in the same formation of one bud and two leaves (later I found that it is the best quality of pekoe called the flowery orange pekoe) and yet she was working with both her hands and with a speed I couldn’t believe my eyes. I stayed around at the tea garden for the rest of my day, and at the end of the day I met chechi again she had collected almost 20 kg of leaves for the factory, I asked her (through my friend who knew the local language), that how was she able to this much of work at her age, her answer was simple enough and the one that I expected, it was the tea that kept her going.

The beauty about tea is that everything about it is just as beautiful. From the tea gardens to the aromas, from the people who pluck the perfect pekoe to the people who drink that perfect cup. There is something replenishing in everything surrounding the tea. Because as chechi rightly said, it is the tea which keeps us all going.