Before we understand the health benefits of cinnamon tea, we need to understand its main ingredient.

Cinnamon comes from the cinnamon tree’s inner bark, which twists into rolls as it dries, giving it a distinctive cinnamon stick shape. These sticks are either soaked in boiling water or ground into a powder for use in the tea.

Cinnamon tea benefits as a health booster in a cup, and we will discuss exactly what makes it so. But you should know, it’s not just its health benefits that you would admire. It also produces a deliciously peppery and aromatic cup that’s easy to prepare.

One of the remarkable benefits of Cinnamon tea includes helping to fight inflammation thanks to its anti-inflammatory qualities.

2. Could Aid in the Fight Against the HIV Virus

If HIV is not treated, the immune system of the body gradually deteriorates, eventually leading to AIDS. While many experts work around the clock to discover an HIV cure, some of them have proposed various natural therapies to help lessen the virus’s risk.

Cinnamon derived from Cassia types has been shown to be beneficial against HIV1, the most common kind of HIV in humans.

But more research is necessary to prove cinnamon’s effectiveness against HIV-1 in humans.

Neurodegenerative diseases cause the brain’s functioning and cell structure to regress. Parkinson’s disease and Alzheimer’s disease are two of the highly common disorders.

Experts link Alzheimer’s disease to the Tau protein. Cinnamon chemicals help to prevent this protein from accumulating in the brain. According to lab research (Peterson et al., 2009), Cinnamon improved the motor functions of mice infected with Parkinson’s disease

You can take advantage of such benefits of cinnamon tea by making it a part of your daily diet.

They also improve your skin and hair health, along with improving your brain function. Fortunately for you, cinnamon in cinnamon tea benefits thanks to the load of polyphenols it has.

Cinnamon is often used to treat dysmenorrhea and premenstrual syndrome, among other menstrual symptoms. Therefore, reducing menstrual discomfort and making it more tolerable.

According to research, women on their menstrual cycle who took pain relievers experienced higher menstrual pain than those who took 1.5 grams of cinnamon.

Cinnamon has been the go-to remedy for congestion, colds, and sore throats for a long time. Many individuals have been using cinnamon for these purposes, especially in Asian countries. All thanks to Ayurveda.

Cinnamon includes cinnamaldehyde. This is an active component that is effective in fighting fungi and germs. By killing microorganisms, it makes way for relief from sore throats. You can always get its antimicrobial properties by drinking it as tea.

Insulin is primarily responsible for regulating energy consumption and metabolism. Insulin also helps to deliver blood sugar from the bloodstream to body cells.

But due to hormonal imbalance, several people develop Insulin resistance. Diabetes and metabolic syndrome can happen as a result of this.

Cinnamon’s effects on the body aid in the alleviation of this issue by lowering the risk of insulin resistance.

This creates the best conditions for insulin to do its job. In other words, cinnamon can increase insulin sensitivity, decreasing blood sugar levels in the body.

Also, cinnamon may slow the digestion of carbohydrates in your intestines. Thus, avoiding blood sugar spikes after meals.

Cinnamon tea benefits by improving your heart health. It does so by eliminating excess cholesterol from your blood vessels and increasing HDL (good) cholesterol levels.

Cinnamon helps to lower blood pressure and triglyceride levels. And also LDL (bad) cholesterol in some people, according to research.

Cassia cinnamon, in particular, is high in natural coumarins. It’s a class of chemicals that prevents blood arteries from constricting and protects against blood clots. Thus, reducing the risk of artery blockage and heart attacks.

Diarrhea, headaches, stomach pain, and cramps are all symptoms of indigestion. It can happen due to improperly prepared food, poor food, or a viral infection.

Cinnamon contains catechin. It’s an antioxidant that aids in the alleviation of indigestion and stomach discomforts. Cinnamon tea can also help against acidity and heartburn that’s caused by heavy food or bad food.

According to research, after taking the equivalent of 5 teaspoons (10 grams) of cinnamon powder each day for 12 weeks, individuals shed 0.7 percent of fat mass. They also increased 1.1 percent of muscle mass.

While drinking a lot of cinnamon tea benefits you to lose weight, it could also contain dangerously high levels of coumarin. More research is essential to determine whether lesser dosages can also help people lose weight.

But since cinnamon tea is highly hydrating, it will help reduce your cravings by filling your stomach quickly. That way, you are less likely to overeat and thus, bound to lose weight. 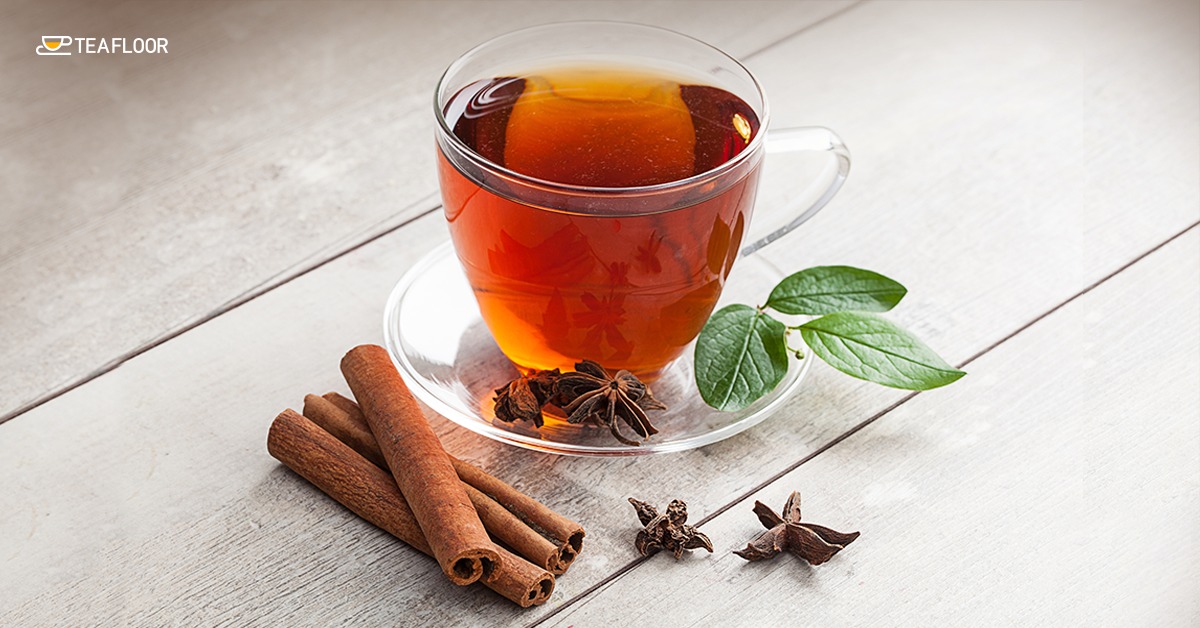 Those were the ten most common cinnamon tea benefits you ought to take advantage of.

Apart from these, the benefits of cinnamon tea also include reducing the risk of cancer and hypertension.

It’s remarkable for improving your memory and helps against pains and swellings, too. It promotes blood circulation by purifying your blood. And don’t forget, it’s highly hydrating too.