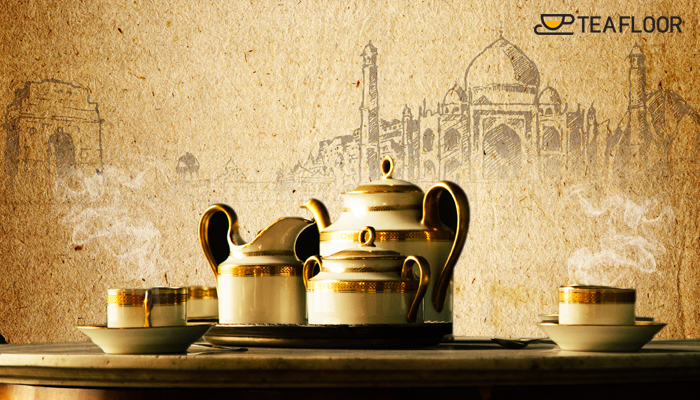 Masala chai, as it is popularly known today is a world famous tea beverage which has its origins in India. Today, millions of Indian’s start their days with a cup of masala chai to warm them up. Almost every household in India has a routine set for tea, in the mornings and in the evenings. A typical masala chai consists of a brewed black tea with a mixture of aromatic Indian spices, herbs like ginger, milk and sugar. More traditional recipes call for green cardamom pods, cinnamon sticks, ground cloves, ground ginger, and black peppercorns together with CTC tea, milk and sugar. The unique thing about masala chai is that the chai is brewed with water and milk directly. Whereas, in western teas which contain milk, the tea is brewed in water and milk is added later. Even though this aromatic tea beverage originated in India, it has gained popularity worldwide. Masala chai is so famous that it has found a place on retail tea and coffee giants such as Starbucks etc.

So how many of you know how masala chai came to be? Who created the recipe? Did the Indians take an immediate liking to the beverage? Well, as shocking it might be, Masala chai was actually, in a way, developed by the British. Although it was nothing like what is now the famous masala chai, it was a close cousin. The Indian’s too did not take an instant liking to the beverage. It actually took a neat little British propaganda campaign to get the Indians to drink chai!

In India, tea was traditionally viewed as a herbal medicine rather than as a recreational beverage as it is known today. A popular masala chai spice mixture called as “Karha” was quite famous back then. This Karha mixture was made by following Ayurvedic texts. Karha is still very famous and is in use currently as part of homemade herbal medicines for curing cold and common flu.

During the British Raj, the British were tea traders. Tea consumption was and is among the world’s more successful advertising campaigns. During those days, the Britihs East Indian company was exporting the tea leaves from China. The tea production in China constituted most of the British trade and in turn, also supported the enormous consumption of tea in Great Britain. In those days, the tea consumption in Britain was approximately one pound (by weight) per person per year. However, the British traders were concerned about the growing Chinese monopoly on tea. They wanted to find an alternate source for their tea trades. During the same time period, the British colonists in India noticed the existence of the Assamese tea plants. These plants are called Camellia sinensis plant. The Camellia sinensis plant comes in two varieties, namely the small leaved Chinese variety plant and the long-leaved Assamese variety plant. The British noticed that a wild variety of the long-leaved Assamese variety plant was existing in India. The British thus found the tea plants in India and devised a plan to begin mass production in India. They began to cultivate tea plantations locally in India. There were two main reasons for this- the production was cheaper in India since the labour was cheaper. Secondly, the British now had their own source of tea leaves and did not have to depend on China for their teas. The result from this was that by 1900, the tea consumed in Great Britain consisted of only 10% of Chinese origin, as against the year 1870, where over 90% of the tea consumed in Great Britain was of Chinese origin.

The consumption of black tea within India was boosted by the British by starting a campaign. The Indian Tea Association started a promotional campaign which encouraged factories, mines, and textile mills to provide tea breaks for their workers. This resulted in a positive surge in the demand for tea within India itself. The promotional campaign also supported many independent chai wallahs (tea sellers) throughout the growing railway system, thereby increasing the demand for tea even further.

Initially, though, the Indians were extremely reluctant consumers of the combination of sugar, boiled leaves, water and milk. In the year 1903, a propaganda unit was established by the British government. At first, it was called the Tea Cess Committee. The Tea Cess Committee was meant to propagate tea consumption. Then proceeds of a tax on the export of tea were used to fund this board. Later on, in the year 1937, the British government renamed this as the Indian Tea Market Expansion Board.

In the initial days of tea promotions, tea was served in the English way where small amounts of milk and sugar were added to the brewed tea. The independent chai wallahs started adding spices and increasing the proportions of milk and sugar. This was discouraged by the Indian Tea Association, as in doing so the chai wallah’s were using fewer leaves. However, the masala chai version was what won millions of Indians for its flavours. Thus, the British did not discourage in the later days.

One particular reason for resentment towards tea consumption by Indians was that it seemed like a foreign thing. In fact, even with all the materials readily available for preparing a cup of tea, the Indian people had no idea on how to reap it. This problem was address by the Tea Board. In some early advertisement campaigns, the British government had to include instructions on how to brew the product. The Tea board also distributed small packets of tea which were available for one paisa, in villages and to middle-class consumers. In fact, you will be positively surprised to know that the tea shops that exist at railways stations and docks today are a product of the Tea Board’s campaign.

With so much rich history surrounding tea, tea has been embedded in India’s culture forever. Today, tea is the centre of all family gatherings, friends come together for a cup of tea, guests are offered cups os teaming hot chai to welcome them at home and at places of business, people take a break from their work schedules for a cup of masala chai, even children are fed masala chai to warm up during the cold winter months. While for some, tea is a source of relaxation and excitement, for others tea is an essential part of their daily routines. Some people need to have a cup of hot tea to begin their days, while others wind down with a cup of tea at the end of a long hard day. Whatever, it may, the tea phenomena is here to stay and the millions of Indians who consume tea are a proof of that!

With #MothersDay around the corner, we are here to

It's a disheartening that iced tea season is so sh

Celebrate the festival with lots of colors, water