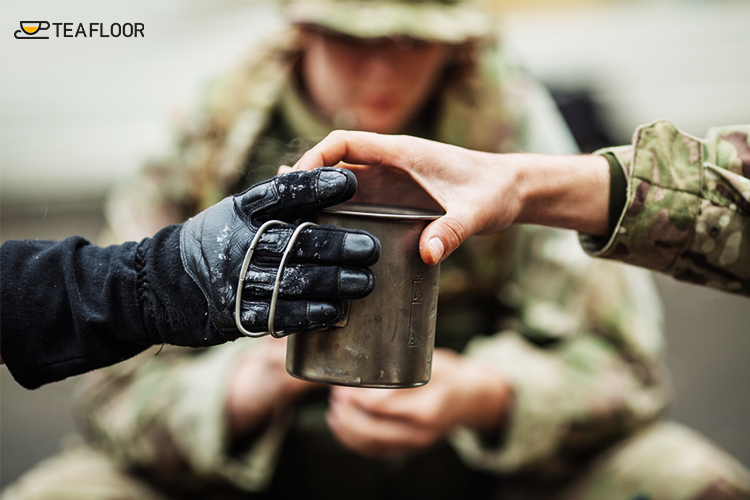 The first cup of tea was brewed in 2737 B.C. when dried leaves landed in a boiling cup of water served to the Chinese Emperor Shen Nung. From China, the idea of “tea” spread throughout the world. It was introduced into the United States in 1650 by Peter Stuyvesant when he brought it the colonists inhabiting New Amsterdam (what is now New York). Iced tea was invented at the St. Louis World’s Fair in 1904. Also in 1904, teabags made their appearance commercially.

India is the second largest producer of tea around the world. Earlier India was supposed to be the top country producing tea but recently China has overtaken India as the top tea producer due to increased land availability. India is also the world’s largest tea-drinking nation. The per capita consumption of tea in India remains a modest 750 grams per person every year due to the large population base and high poverty levels.

Indian tea companies have managed to acquire a number of iconic foreign tea enterprises including British brands Tetley and Typhoo.

History of Tea in India

Tea isn’t simply tea in India but it is like a staple beverage here and a day without it is impossible and incomplete. Indians prefer their steaming cup of tea because for them it acts as an energy booster and is simply indispensable. This popular beverage has a lot of health benefits too as its antioxidants help to eliminate toxins and free radicals from the blood.

Commercial tea cultivation in India was driven by British who consumed tea in enormous quantities, which they bought from China. By 1750, they were purchasing millions of pounds of tea every year from China. Even though the British managed to counterbalance it with opium trade to some extent, they found that their tea consumption was exorbitantly expensive and unsustainable. The British realized that they should start manufacturing their own tea and that was when they started tea manufacturing in India.

The documented evidence according to the history of tea drinking in India dates back to 750 BC. Tea in India is generally grown in the North Eastern regions and the Nilgiri Hills. There are many interesting stories of drinking tea in India in the ancient times.

One of the stories is a Buddhist monk. According to a very interesting legend, the history of tea drinking in India began with a saintly Buddhist monk about almost 2000 years ago. It so happened that this monk who later became the founder of Zen Buddhism decided to spend seven sleepless years contemplating the life and teachings of Buddha. While he was in the fifth year of his contemplation and prayer, he almost fell asleep. He took some leaves from a nearby bush and began chewing them. These leaves revived him and enabled him to stay awake as he chewed on them whenever he felt drowsy. Thus he was able to complete his penance for seven years. These were the leaves of the wild tea plant.

There is another evidence that in the 16th century, the people of India prepared a vegetable dish using tea leaves along with garlic and oil and the boiled tea leaves were used to prepare a drink as well.

In 1598, a Dutch traveler, Jan Huyghen van Linschoten, noted in a book about his adventures that the Indians ate the leaves as a vegetable with garlic and oil and boiled the leaves to make a brew.

Role of British in bringing tea in India

In 1788, the British botanist, Joseph Banks, reported to the British East India Company that the climate in certain British-controlled parts of north-east India was ideal for tea growing. However, he seems to have missed the fact that the plant was a native to Bengal and suggested transplanting tea bushes from China. But his idea was ignored.

British started commercial tea plantations in India when a native variety of Camellia Sinensis plant was discovered by Scottish traveler Robert Bruce in 1823 in the Northeastern region of India or the present state of Assam.

There are many popular and interesting stories which indicate the starting of tea era in India by the British. According to the historians, the true one is a local merchant named Maniram Datta-Barua (also referred to as Maniram Dewan).

Robert Bruce was informed of a wild plant which was consumed, much like tea, by the local Singpho tribe. The Singpho tribe had an entirely new method of processing the wild plant. The tribe would produce what was later found to be tea by plucking tender leaves of a wild plant and drying them under the sun. These leaves were also exposed to the night dew for three whole days. The leaves were then placed inside the hollow of a bamboo tube and smoked till flavors developed. Robert Bruce sampled the leaf decoction and found it to be similar to the tea from China.

Robert Bruce died soon after that and the sample Robert Bruce collected from this region were tested in Calcutta (sent by his brother Charles Bruce soon after Robert’s demise in 1830) and found to be tea, although a variety different from the Chinese plant.

There were some other attempts made prior to Robert Bruce.

We can note that during these times, there were developments taking place in bringing tea to India. Also, at the same time, efforts were being made by the East India Company to break the Chinese monopoly over global tea trade due to their rising conflict of interests. The East India Company took charge of the situation and took various initiatives for tea plantation in order to stop the import of Chinese tea in British. One of the initiatives taken by the Company in lieu of this situation was to start producing tea within the British colonies, including India.

This was a hard task to perform and for this Chinese tea seeds were reportedly smuggled into the colonies, including India and Sri Lanka, and tested for commercial viability. However, these Chinese plants were unsuitable to the terroir of Assam. This attempt was an utter failure for the British.

On the other hand, the local variety that was discovered by Robert Bruce fostered well in the tropical conditions of Assam and was found to be commercially viable. Many attempts of trial and error were made in order to produce tea in India. After extended periods of dedicated efforts, the first British-led commercial tea plantation was established in 1837 in Chabua in Upper Assam.

The revolution started in the early 1840s. The tea industry in India started to take shape around early 1840. Chinary tea plants, which were first tried out in Assam, were later tested in high-elevation regions of Darjeeling and Kangra, and it was here that they grew far more healthily.

Tea planting in Darjeeling officially began in 1841, when the first superintendent of Darjeeling, Archibald Campbell, experimented by planting a few Chinary tea seeds near his house. Many others began experimenting with tea in much the same way, and by 1847, an official tea plant nursery was established in Darjeeling. Soon after, the first commercial plantation of Darjeeling, Tukvar Tea Estate, was established in the year 1850. In the years that followed, hybrid varieties (of China and Assam plants) were created and used.

First and foremost is that Indian Tea has not reached the maturity in use of proper resources – water, soil, fertilizers, etc. Kenyan tea is more competitive than Indian tea because they use fertilizers and pesticides, and manages water and soil scientifically. Thus India has a significant potential towards improving the quality of tea.

Secondly, new variants of tea are finding increasing space in the market, such as yellow tea, green tea. With expansion in capacity, these demands can easily be met with Indian tea industry.

Thirdly, famous tea producing areas – Nilgiri, Darjeeling, Assam, Cachar etc can be promoted for tea tourism. This will strengthen the brand image and allow tea producers to sell at a premium.