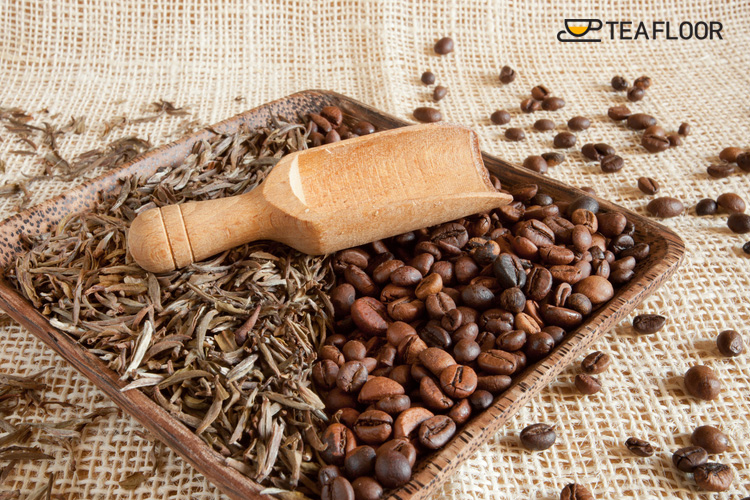 Confused between tea and coffee!!!

No worries…we will provide you with all the pros and cons, thereby helping you to choose between tea and coffee.

Tea is the most popular beverage and is the second highest consumed beverage in the world next to the water. Meanwhile, coffee is also gaining popularity but it doesn’t seem to match the qualities of tea.

When we look at the criteria of choosing between both the drinks, we find that taste is one of the main reasons for choosing between tea and coffee in India. While coffee is more common among the new generation, probably due to the caffeine stimulation which it provides, tea is a much older drink as compared to coffee.

According to legend, tea was first discovered by the Emperor of China in 2737 BC while he was boiling water under a tree. When leaves accidentally fell into the boiling water, he tasted it and was surprised by its goodness. Tea then became popular among scholars and priests in China and Japan, who drank tea to stay awake, study, and meditate. This is perhaps why the hot drink has always been associated with mindfulness, calm, spirituality, and solid health.

Coffee, meanwhile, didn’t seem to appear until much later – and is believed to have originated in the Ethiopian highlands, where legend says a goatherd named Kaldi noticed his goats became hyperactive after eating certain berries from a tree. Coffee then spread to monks at monasteries, where they drank the beverage to keep them alert while praying. From there, it began making its way across the Arabian Peninsula. Both coffee and tea remained Eastern beverages for a long time; coffee didn’t even arrive in Europe until the 17th century.

There are thousands of reasons on preferring tea over coffee. One of the reasons is the addiction to coffee, wherein coffee addicts use coffee as a drug of the sort: a jolting liquid that staves away fatigue, headaches, and lack of motivation. The primary reason behind coffee addiction is the high caffeine content in coffee. You must have heard the term “coffee addict” more often than “tea addict”. This is because coffee has far more caffeine as compared to tea. One cup or eight ounces of black tea contains 14-70 mg of caffeine, and green tea 24-45 mg, compared to 95-200 mg in the same sized portion of coffee.

Regular ingestion of caffeine alters your brain’s chemical makeup, leading to fatigue, headaches, and nausea if you try to quit. Within 24 hours of quitting the drug, your withdrawal symptoms begin. Initially, they’re subtle: The first thing you notice is that you feel mentally foggy, and lack alertness. Your muscles are fatigued, even when you haven’t done anything strenuous, and you suspect that you’re more irritable than usual. Over time, an unmistakable throbbing headache sets in, making it difficult to concentrate on anything. Eventually, as your body protests having the drug taken away, you might even feel dull muscle pains, nausea and other flu-like symptoms.

Let us see some more reasons of preferring tea over coffee.

1. “Alert-Calm” property of tea over coffee

Tea has three main stimulants that have soothing, relaxing effects on your body while simultaneously keeping you alert and focused.

Now, a big difference between the caffeine in tea and the caffeine in coffee is how it’s released. While coffee does contain more caffeine than tea, “compounds in tea also lower the absorption rate.  The slow release of caffeine combined with tea’s main stimulants provides the drinker with an “alert calm.” So, you’ll be revved up but totally chilled out.

Both tea and coffee have hydrating property and fluid replenishing action, tea has the added benefit of generally being just pure H2O with that awesome tea flavor. On a scorching hot summer day, it’s much more beneficial to sip down some tea (hot or cold) as it’ll replace any fluids you’ve lost through sweating. This will automatically cool you down and would be beneficial for your skin. Lemon ice tea is the preferred one among the majority of people. What about you???

3. Tea reduces the chances of cancer

This has been the most important study which has been conducted on tea till date. The healing properties of green tea have shown to have some very, very encouraging results on people with all types of cancer. Several population-based studies have shown that green tea helps protect against cancer. For example, cancer rates tend to be low in countries such as Japan where people regularly consume green tea.

Emerging studies suggest that the polyphenols in green tea may play an important role in the prevention of cancer. Researchers also believe that polyphenols help kill cancerous cells and stop their progression. Laboratory cell culture studies show that green tea polyphenols are powerful triggers of apoptosis (cell suicide) and cell cycle arrest in cancerous but not in normal cells. These anticancer actions have been assumed to be due to the powerful antioxidant effects of green tea’s catechins, especially epigallocatechin-3-gallate (EGCG).

Sleep is one of the most important biological properties among human beings. It is crucial for good health. It helps memory and mood, keeps you trim, strengthens your immune system, fights inflammation, and keeps your heart and blood vessels in tip-top shape.

Hence, Tea offers many of the benefits of coffee, without the sleepless nights – a clear win.

5. Tea can soothe you mentally and keep you out of depression

Tea is considered to be a “drink for the troubled souls” in various parts of the world. It’s common to give “tea and sympathy” to a distressed friend – the idea being that a cup of Earl Grey is medicine for troubled minds.

There have been studies which show that tea can soothe your nerves: regular tea drinkers do tend to show a calmer physiological response to unsettling situations (such as public speaking), compared to people drinking herbal infusions. Overall, people who drink three cups a day appear to have a 37% lower risk of depression than those who do not drink tea. Meanwhile, coffee doesn’t have the same property as tea. Coffee doesn’t help in preventing depression in individuals but rather it has strong withdrawal symptoms.

Although, now there has been studies going on over coffee. A recent “meta-analysis” (summarizing the results of studies involving more than 300,000 participants) found that each cup of coffee a day seems to reduce your risk of developing depression by around 8%.

Here, also tea is the clear winner when it comes to treatment of depression.

6. Antioxidants in tea have healing power in cardiovascular diseases

The rich antioxidants in tea fight inflammation, and have been shown to help prevent blood vessels from hardening. Tea drinkers have a significantly lower risk of stroke and heart disease. Population-based studies indicate that the antioxidant properties of green tea may help prevent atherosclerosis, particularly coronary artery disease. An elevation in a number of free radicals in the arteries is a key event in many forms of cardiovascular disease. The latest research shows that green tea catechins inhibit the enzymes involved in the production of free radicals in the endothelial lining of the arteries.

Tea has been shown to effectively lower risk of atherosclerosis by lowering LDL cholesterol, triglycerides, lipid peroxides (free radicals that damage LDL cholesterol and other lipids or fats) and fibrinogen (a protein in the blood involved in the formation of blood clots), while improving the ratio of LDL (bad) to HDL (good) cholesterol.

When we look at coffee, there is less or no evidence regarding its role in cardiovascular diseases. Although, there have been studies going on the same.

7. Role of tea in Parkinson’s Disease

Parkinson’s disease (PD) is a chronic and progressive movement disorder, meaning that symptoms continue and worsen over time. Nearly one million people in the US are living with Parkinson’s disease. The cause is unknown and there is no cure. While research has shown that the caffeine in coffee can be linked to a significantly lower rate of men who contract Parkinson’s, tea brings an additional unique benefit. The phytochemicals found in green tea help shield neurons that produce dopamine in the brain, which could help prevent the onset of Parkinson’s.

8. Role of tea in Alzheimer’s Disease

Alzheimer’s disease (AD), also known as just Alzheimer’s, is a chronic neurodegenerative disease that usually starts slowly and gets worse over time. It is the cause of 60% to 70% of cases of dementia. There is tea vs. coffee health benefits on both sides here. Drinking coffee in midlife could help to reduce the risk of dementia and Alzheimer’s later on in life. The benefit of tea is a bit different in that EGCG, an antioxidant in green tea can help to give the immune system a boost and protect from cell damage.

9. Role of tea in Weight loss

Coffee is better at stimulating muscle through activity and has been shown to slightly reduce appetite; tea still holds the edge if losing weight is your goal. Drinking green tea every day could end up leading to an inch off the waistline within two weeks. Green tea has compounds that help to shrink fat cells and activate muscles.

10. Role of tea in Metabolism

While coffee may give that greater short-term boost for quick energy, it may actually have a negative effect on the body’s metabolism. Coffee stimulates the adrenal glands, which regulate adrenalin hormones within the body. If the adrenal glands are stimulated too often, it could lead to an imbalance in hormone levels and have a negative effect on metabolic rates. In the tea vs. coffee metabolism battle, tea comes out ahead.

11. Long term energy in Tea as compared to coffee

When it comes to energy, it is important to remember that coffee does generally have higher caffeine content than tea. Men who drank 2.5 cups of coffee before sprinting ended up running 9 percent longer in one study. While coffee can give you that short burst, there is a higher tendency to experience a crash from it, while tea provides a steadier boost over the long term.

Though both coffee and tea do have benefits for the body, tea does come out a clear winner. It is now for you to decide, which one would you prefer – “Tea” or “Coffee”.

One Reply to “Why Coffee Should Not be Your Cup of Tea?” 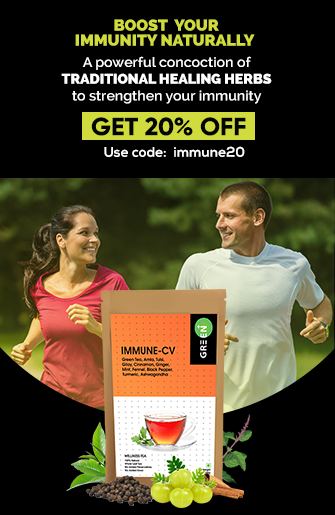 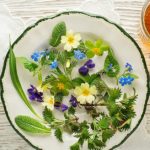 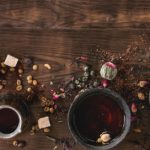 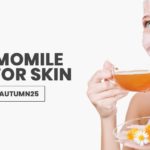 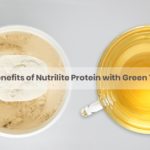 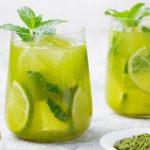 May your worries burn with Ravana’s effigy. May

Our health changes as the weather changes around u

It is health that is real wealth and not pieces of

FemaleG+ is a pure herbal blend of Chamomile, Nett

Want a quick Immune boost? How about something whi

MetaG+ is a blend of Black Tea, Lemon Peel, Pepper

BloodG+ is a blend of Green tea, Rakt Chandan, Man