I recently joined as a copywriting intern at Teafloor to learn and explore the field. Fortunately, I found two to three great writers to mentor me who, apart from being good at what they write, are good conversationalists too. Well, I guess both these things go hand in hand.

So, came a cup of tea for all of us and we decided to take a 10-minute break and talk. The very first topic, as obvious as it can be for us writers, was that of books. I told them about how I was mesmerized by the world of Harry Potter back in my childhood (actually, still am) and wanted to attend Hogwarts, the school in the story. I told them about the day when I realized that it wasn’t real, and wished to write such stories, just like J.K. Rowling did. We appreciated her imagination and research regarding the interesting animals, the magic spells, the four houses, the types of wands, etc. that made her create such an enchanting world of magic in our heads using the seven-book series she wrote. We continued discussing some great books by some renowned Indian writers as well, and then how each one of us had different tastes of genres we liked to read.

From books, we went to writers, my favourite being Gretchen Rubin, and then me explaining to my mentors’ cum newly made friends how fond I was of the writer and how profusely I followed her podcast “Happier”. My naming podcasts led one of them to talk about “Side Hustle School” which is another podcast and how it inspired her to become an entrepreneur and start with her own side hustle. This led the other mentor to talk about her own entrepreneurial venture at age 10 when she was renting out her most beautiful dresses to her school girl friends and was charging 20 bucks per dress per day and sometimes soft-toys and books too. She said she dropped the venture and stopped renting her dresses when one of the friends spilled chai on her favourite dress by mistake and ruined it. Speaking of chai we realized we had already finished two cups each and called in for a third one. 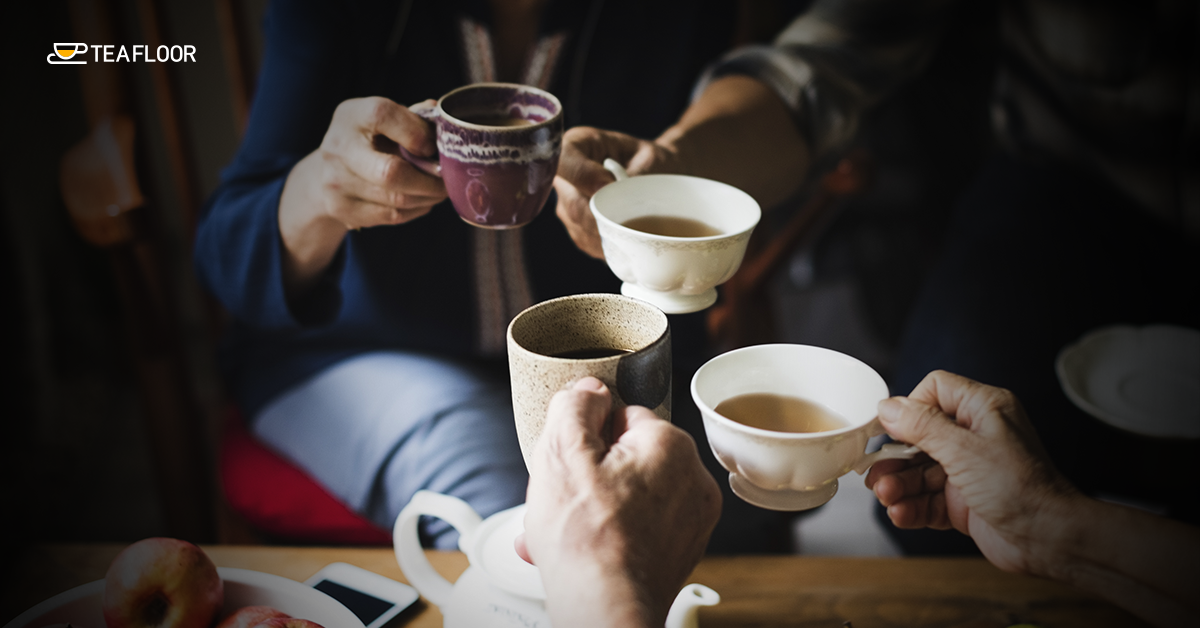 Soon the conversation drifted off to funny stories of childhood. Like one of them being called “Lifebuoy”, a nickname used to taunt her at school only because of the boy cut hair she had. We didn’t really understand this analogy when she had to explain the joke about lifebuoy (the soap brand) being the only boy which was allowed in the girl’s washroom, just like her, the girl who looked like a boy was allowed in the girl’s washroom. “Well, that was lame!”, all of us exclaimed together. Speaking of lame ideas, I recalled my childhood dream of getting my name in the Guinness Book of World Records for which I used to collect junk food wrappers and ice cream sticks too. Well, I had spent a lot of my time eating stuff myself to collect these things and dropped the idea for good considering my health.

“Even my weighing scale looked at me pityingly with the whopping number of 95 kilograms,” I joked.

From the past, we went on to discuss some future fun. One of my mentors was planning a trip to the Andaman and Nicobar islands and was very excited about the scuba diving adventures she was going to experience. This made me tell them how I was interested in trekking as a teenager and made several plans with friends to visit Himachal Pradesh for the same but all our plans, for some or the other reason, never got executed. I am sure to have a successful one soon, I said. The conversation went forward with us all discussing our adventure loving side. It felt like all of us wished to enjoy all these amazing and famous forms of adventure sports like sky diving, rock climbing, rafting, skiing, and surfing.

Realising we had consumed three more cups of tea and almost three hours had gone by, one of my mentors quoted “see how time flies like an arrow” and suggested we shouldn’t waste any more of it. Another quoted “Well, the time you enjoy wasting is not wasted time”. Smiling wide, we decided to continue the conversation sometime later and get back on with the writing we all were assigned that day. This time not a refreshing Chamomile tea, but a Kadak masala was required to get our senses activated for the writing.

No comments yet
cup of tea