Tea, or as I like to name it- “the flavour of all seasons”, can be classified based on various factors. These include types of tea such as black or white, location such as China or India, and nature of processing like scented or flavoured teas. In the same way, premium teas are classified based on “flush” which refers to the tea growing in different harvesting periods. Tea flushes vary depending on the time of harvesting, type of processing and flavour. The various flushes bring out different flavours from the tea that is picked from the same plants at different seasons.  Hence, no flushes are the same!

Tea flush is a useful indicator to differentiate the aroma and flavour of different types of tea. This is because seasons influence the growth of tea leaves as well as the quality (flavour and aroma). It especially holds for Darjeeling teas which are famous for their distinct flavours.

The Four Major Flushes are as Follows: 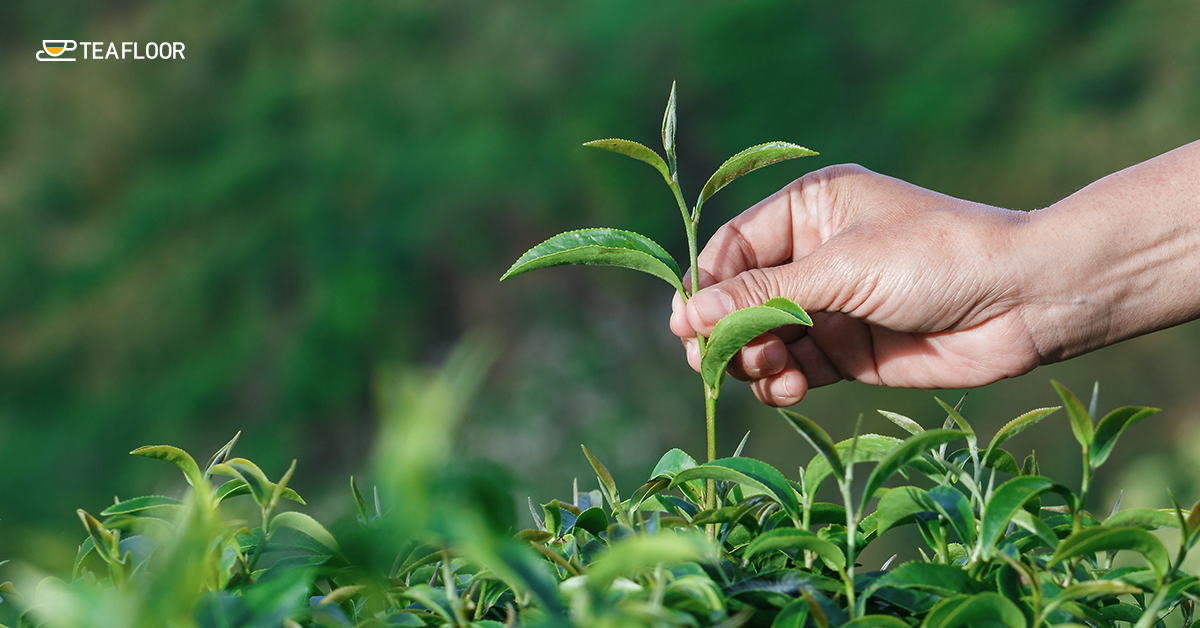 First flush, also known as ‘Lover’s Blush’, is the first harvest of the year after dormancy. The harvest time varies from late February and often lasts through April. These leaves are loved worldwide for their fine flavour and delicate taste. They contain a high concentration of antioxidants like (catechins) and amino acids (L-theanine) as the plants have been storing nutrients throughout winter. They have a short shelf-life – usually a few months. This promotes astringent flavour and floral scent. This type of tea is usually less oxidised to preserve the spring leaf flavour and hence appears greener in colour than black teas. Darjeeling first flush tea is one of the most expensive types of teas available in the market. Also known as the “Champagne” of teas, it is loved for its bright liquor and lively character.

The first flush tea brings the memories of spring- the season of new beginnings with birds chirping, rains and the blossoming of fresh buds. Tea lovers are always looking out for these flushes. It is their drink to quench the thirst of spring air and develop inner peace. Allow yourself to soothe your senses with a lovely pot of this magic potion. Choose from the many varieties, flavours and blends available at Teafloor and sip it like the royals.

The second flush of Darjeeling is the summer harvest which begins as early as April and lasts through May or June. It is famous for its distinctive muscatel, fruity flavour which goes perfectly with raspberry scones and other delicacies which are slightly on the sweet side. The sweet floral qualities add an extra punch as opposed to the more delicate nature of first flush teas. This type of tea gives stronger and smoother amber coloured brew than first flush.

The leaves of second flush of Assam, also known as the tippy tea, are harvested in late May and June. They have a purplish hue and silver leaf buds. The leaves tend to grow larger and faster than the first flush type of tea. Most second flush teas offer fine, rich, well‐rounded flavours with balanced astringency and subtle floral notes. If you like your teas to be bold, strong and not light- second flush teas are meant for you!

The liquor colour is on the darker side with a nutty, sometimes woody characteristic flavour. The brewed tea is stronger than the other seasons with its spice-like after taste and aroma.

Since milk tea is preferred over liquor tea, CTC produced tea is widely used. The brewed tea is copper in colour and though it’s stronger than the first and second flush tea, its uniqueness lies in its spice-like aftertaste and aroma. For CTC tea, Teafloor offers a blended concoction of tea leaves and spices like ginger and cinnamon to create a flavourful and aromatic drink which can please even the cynical tea-drinkers.

The monsoon flush is followed by the summer harvest and is produced during the rainy season i.e. from July to early October. The heavy rains and heat result in less complex, robust flavours, and strong amber colour. These types of tea are often used for iced tea and the refreshing masala chai. Though tea connoisseurs generally skip this flush, this type of tea is amber in colour and strong.

Which Is The Best Tea Flush?

The choice of the best tea flush depends from person to person.

First flush Darjeeling tends to be more expensive because they are produced in less quantity and hence the demand outstrips the supply. They have a delicate taste and aroma. Second flush has a very famous muscatel taste while autumn flushes offer variety of taste and can be a great addition to your boring routine.

Each tea plant is procured from a different garden, season and oxidised in different conditions leading to unique flavours and aromas. The beauty of tea is that it gives you different options to choose from. Once you understand the basics of types of tea, you can easily make a better informed choice while buying tea. It’s time to pamper yourself with the distinct flavours and aromas of tea!