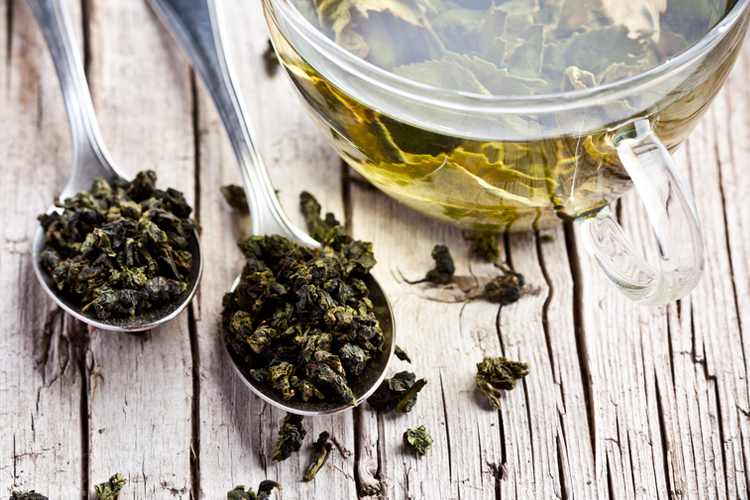 There is something about tea: “the aroma, the taste or may be the ritual of sipping the perfect cup.”  But, there is more to tea than the pleasure of drinking it; otherwise it would not remain so popular for thousands of years.

“Chinese and Indians firmly believe that it is the tea that keeps them healthy and strong. English could not imagine life without restorative cup of tea when the going gets tough.”

Tea is the second highest consumed beverage on the planet earth. Over the centuries, tea-makers have introduced different forms of tea ranging from the black tea to the oolong tea, but the one surely gaining popularity among these is the ‘green tea.’

One version has Shien Non Shei, a typical Chinese man, out walking when he accidentally tastes the leaves of the camellia sinensism or tea plant. Intrigued by the taste, he wondered if the leaves might also have medicinal value. The juices of the plant intrigued him to the point that he boiled the plant in water to release the juices and thus created tea.

Another tale has ShenNung, a Chinese Emperor, drinking a hot cup of water one day speculating about the state of affairs. A blossom from the camellia sinensism fell into his cup and flavored his drink with the unmistakable taste of tea. The rest, as they say, is history.

Green tea actually originated in china and then its production spread to the many countries in Asia.

But the real question is: What makes green tea so special? It has been gaining popularity more recently due to numerous reasons. Even the healthcare professionals have started to advice their patients to consume green tea.

Green tea is a type of tea that is made from Camellia sinensis leaves that have not undergone the same withering and oxidation process used to make oolong and black tea.  It means that green tea is made from the un-oxidized leaves and is one of the least processed teas available in the market. This makes it highly rich in antioxidants and beneficial polyphenols.

There are uncountable health benefits of anti-oxidants and polyphenols. These powerful antioxidants may protect against cancers. There are multiple studies showing that green tea drinkers have a lower risk of various types of cancer.  Also, the bioactive compounds in green tea can have various protective effects on neurons and may reduce the risk of both Alzheimer’s and Parkinson’s, the two most common neurodegenerative disorders.

There are innumerable other health benefits such as its property of boosting the metabolic rate and increase fat burning, inhibition of growth of some bacteria and virus and much more.

Regular green tea is 99.9% water and provides 1 Calorie per 100 ml serving. It contains phytochemicals, such as polyphenols and caffeine.

Green tea also contains alkaloids including caffeine, theobromine, and theophylline. They provide green tea’s stimulant effects. L-theanine, an amino acid compound found in green tea, has been studied for its calming effects on the nervous system.

All types of tea except herbal tea are brewed from the dried leaves of the Camelliasinensis bush. The level of oxidation of the leaves determines the type of tea.

“The more the leaves are fermented, the lower the poly-phenol content and the higher the caffeine content.”

The leaves of green tea are steamed rather than fermented. This keeps the anti-oxidants from oxidizing, thus leaving the medicinal value intact.

Depending upon the type of green tea desired, it can be grown in a variety of ways. The maximum amount of polyphenols and volatile organic compounds are retained as a result of the method used and indirectly affects the taste and aroma of the green tea.

The green tea is grown in rows that are pruned to produce shoots in a regular manner. They are generally harvested three times in a year. The first flush takes place in late April to early May. It is the first flush in the spring that brings the best-quality leaves, with higher prices to match.

The second harvest usually takes place from June through July, and the third picking takes place in late July to early August.

The Chinese style of green tea is characterized by pan firing, where tea leaves are heated in a basket, pan or mechanized rotating drum to halt the oxidation process.

It is one of the most famous varieties of green tea among the Chinese.

It comes in the form of small pellets that open up when placed in hot water. It has a slightly smoky flavor which many people enjoy.

This tea is also high in fluoride which may help to reduce dental caries.

This tea is most commonly known as Dragonwell Green Tea, in the US. This tea is also produced in the Zhejian Province of China. Once processed, the leaves tend to be flat and have a jade color.

This is a unique and a rare variety of green tea in china. Also known as Green snail spring, this is grown in the Zhejian Province.

It is grown among plum, apricot and peach trees. This allows the tea leaves to pick up the fragrance of the fruit blossoms from these trees.

As this tea is rolled, it has a “snail like” appearance.

This tea is grown at high altitudes in the Yunnan Province of China. The leaves of this tea are quite long.  Although a green tea, this tea is processed a bit differently than other green teas – giving it a more full body flavor somewhat similar to black teas.

Lucky Dragon is a premium hyson green tea. The leaves have a greenish-yellow color. The taste is more full-body than other green teas.

The Japanese style of green tea is characterized by steaming, where tea leaves are treated briefly with steam heat within hours of plucking to both halt the oxidation process and bring out the rich green color of both the tea leaves and the final brewed tea.

Some popular Japanese green teas include:

Gyukoro is considered the very best of Japanese green teas.  The leaves are flat and pointed, that provide a smooth taste with a light fragrance.

During the final weeks before harvesting, these leaves are moved to the shade, out of direct sunlight.

Sencha is the “everyday” Japanese green tea. Sencha makes up more than 80 percent of the tea produced in Japan and is the most popular tea drunk in households and restaurants throughout the country.

Kabusecha, is a midpoint between sencha and gyokuro.  In other words, it has sencha’s refreshing flavor and also some of gyokuro’s sweetness.

A type of Green tea that has been steamed approximately twice as long as regular Sencha is called either FukamushiSencha or FukamushiRyokucha, Fukamushi means “steamed for a long time.”

Since the leaves have been thoroughly exposed to the steam’s heat, they become powdery and the tea takes on a stronger taste and darker green color.

It does not have a “grassy” odor or astringency.

Bancha is an unusual type of green tea that is harvested very late in the season.

The leaves are large and rather hard. During the harvesting, the stems and stalks are included in the picking.

It is known to have a weaker flavor than other green teas.

The purpose of steaming is to prevent the tea leaves from oxidation. The steaming process and the subsequent rolling process help to retain the natural green color, fragrance and nutritional components.

The steaming process lasts for about 15 – 20 seconds, and is performed soon (within 12 – 20 hours) after the leaves are picked.

up of a net drum and stirring shaft. Both parts are covered with a long steaming drum. During this process, the oxidizing enzymes contained in the fresh leaves are killed by the steam-heat.

When the fermentation stops, the steamed leaves take on a fresh green color.

The process of rolling and drying begins soon after the steaming process. As soon the leaves are cool, both the processes begin.

There are several stages to the process of rolling which includes the first rolling and the final rolling. It is during this process that the fibers are softened, allowing the tea’s flavor components to be released.

The first rolling is done in the “Primary drying tea roller” which is made up of an air-heating furnace and a main shaft with the press arms and the stir arms in the drying chamber.

The steamed leaves are twisted and dried in this machine until the moisture of the leaves is reduced to about 50 %.

The second rolling is done in a “Secondary drying tea roller” which has a direct fired furnace, a main shaft with press arms in the rotary drum. It presses and dries the tea leaves.  After this process the final moisture content is now about 30 %.

The process of drying is done in a “Final drying tea roller” which is made up of a burner, rolling hands and pans with many pleats.

Its function is to dry the leaves until the moisture content is 13 %. This pressing and heating forms the characteristic needle shape and produces the fragrance.

In order to uniformly reduce the water content from 13 to 6% while maintaining the quality and fragrance, the leaves are put in a tea dryer consists of an air heating furnace, a drying chamber, and net  conveyors.

By the time the leaves have gone through their final drying, the water content has been mostly removed.  This effectively prevents the quality of the leaves from changing, thereby maintaining the original character of the tea as much as possible.

The made tea leaves pass through an array of sorting machines that segregates the produce as per their size.