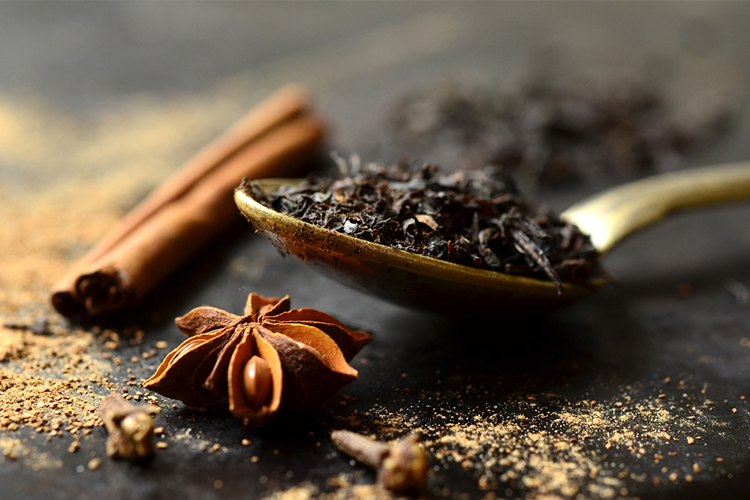 There is nothing like a good cup of tea. Whether you are gathering with your loved ones or sitting alone enjoying the quiet moments of life, a cup of tea needs no occasion to fit into your life. Delicate and delicious, the relishing taste of tea simply puts you apart from the daily stress.

More than three million tons of tea is produced worldwide each year, and their journey from plantation to teacup combines art and science, ancient tradition and modern innovation. All the varieties of tea are produced from the same tea plant i.e. Camelia Sinensis, only the process of the leaves determine whether the tea would be black, oolong, green or white tea.

Let us explore the journey of your cup of tea. Learn how your tea is made from the leaf all the way to your perfect afternoon tea time.

This includes the basic tea production steps which are universal in nature. It starts from Plucking, Withering, Rolling, Oxidation and ends at Drying or Frying. These steps can be adjusted depending on the style of tea being produced.

This is also known as the ‘CTC’ or ‘Crush Tear Curl’ method style of production. This is actually a very different type of process wherein all the basic orthodox production steps are being performed but much more rapidly. This method is much faster than the orthodox ones and was specifically invented for the black tea industry.

There are some basic differences between the Orthodox and CTC teas.

The second major difference is regarding the “type of machinery” involved in both the processes. The CTC process takes place in machinery where the fresh whole leaves are macerated (crushing, tearing and curling). The grounded leaves are then rolled up into little pellets and oxidized, visually resembling like Grape Nuts cereal or large coffee grounds. A whole batch of tea can just take two hours or a little longer than that. In orthodox processing, true tea artisans who have trained for years are involved. The tea vary in shape and are never cut intentionally or torn apart. They are carefully rolled and handled just enough to produce a certain flavor.

The final major difference is “the flavor profile” of both the processes. Since, CTC was invented specifically for black tea production. You can’t use the CTC method to make white teas, oolongs, etc. Their flavor is very one-dimensional: bold, powerful and brightly coloring with a pungent astringency.  Orthodox tea on the other hand doesn’t produce this type of color and body.

The green leaf is harvested on a regular basis at intervals ranging from 5 days to 8 days from each field. Only the bud and two small leaves are plucked from the best tea plants to ensure the best tasting tea.

During quality periods i.e. First Flush or Second Flush, two leaves and a bud are picked – this is called fine plucking, resulting in high quality teas. At other times, even three or four leaves and a bud are plucked – this is called coarse plucking. The plucking cycle is maintained at about 7 day intervals. The plucked leaves are collected in bamboo baskets, taking care that they are not crushed by overloading the baskets.

It is generally undertaken by well trained women, because of the agility of feminine hands. Once the tea leaves have been plucked, they are taken to the factory for processing. Since, there are only 24 hours between the moment the tea leaves are plucked and the minute they’re packed up, the tea factories are located close to the tea gardens in order to maintain the freshness of the tea leaves. Further, the leaf is sent to the factories from the fields three to four times a day.

“When a tea leaf is plucked from the tea plant, it begins to wilt naturally, a process we call withering”

The green leaf after the eradication of any foreign matter undergoes this process. The process of withering involves laying the tea leaves into large indoor area or any factory premises in order to dry them and reduce the water content and to allow for the development of aroma and flavor compounds in the leaves. The period of withering can vary from 18 to 24 hours depending on the moisture content. Controlling the withering process means closely monitoring humidity, temperature and air-flow over time. The longer the wither, the more aroma and flavor compounds develop in the leaves. This is because during the withering process, many of the chemical compounds in the leaves degrade into volatile compounds.

The leaf, when properly withered, gives off a fragrant odor. Great care is also given to the density of the withering leaves to ensure that they wither evenly. The withering process is complete once the tea leaves have achieved a desired percentage of water-loss. This is determined by the final weight of the tea leaves after withering or by the flaccidity and changes in the aroma of the leaves.

“Withering is particularly important for white, oolong, black and pu-erh teas while in case of green tea, leaves are steamed instead of withering. This is done for green tea to arrest the oxidation of the leaves so that they remain green.”

The withering time differs for different types of tea and is very important for the particular kind of tea.

Rolling is a process where rollers are used to rupture the cell walls of the withered leaves for oxidation of the polyphenols in the presence of oxygen from air. In the past, the tea leaves were rolled by hand but today it is done in factories by placing them on a rolling machine which rotates horizontally. The rolling machines have deep jacket, a pressure cap to apply pressure on the leaf, and the table itself has battens and a cone at the center to twist the leaf. There are also the more modern “Rotorvane” machines, which also give the same twisting and turning effect. This process takes about 20 to 30 minutes.

This process transforms the appearance of tea leaves to thin and wiry making them eligible for the process of oxidation. Rolling also releases the juices and oils from the leaves, encourages a more uniform oxidation, and gives each tea its distinctive flavor.

Oxidation refers to a series of chemical reactions that result in the browning of tea leaves and the production of flavor and aroma compounds in finished teas. The process of oxidation is one of the most crucial processes in the manufacturing of the tea, simply because it determines the tea’s color, taste and strength.

Oxidation occurs best between 80-85F and is slowed, nearly to a halt at 140-150F degree. The tea leaves are left open in air at temperature of about 26°C for about 30 min and two hours. During this the enzymatic reaction takes place inside the tea leaves, changing the leaves’ color from green to beige, to a rich, deep brown.

To make a tea with a lighter taste, the oxidation process is stopped when the leaves are light brown. For a stronger tea, the leaves will remain in the warmth until they’re rich and coppery.

One important thing to note here is that: “The greener the leaf, the less oxidized it is.”

Black teas are usually described as being fully oxidized as the tea leaves are allowed to fully oxidize before they are heat-processed and dried.

Green teas are usually described as being completely un-oxidized. When green tea leaves are processed, they are minimally oxidized. After being harvested, they are quickly heated and dried to prevent too much oxidation from occurring that would turn the green leaves brown and alter their fresh-picked flavor.

Oolong teas are usually described as semi-oxidized. Oolong tea is in the middle of tea oxidation – usually between 20% and 80% oxidation. The oolong tea oxidation process is stopped by pan roasting the leaves.

After the process of oxidation, the tea leaves are passed through hot dryers to reduce the water content to about 3% only. It helps to halt the oxidation process and lock in the final flavor of the tea.

The drying process takes about 20 to 25 minutes and the initial temperature is about 120 Degrees F(50 Degrees C) and is finished off at a temperature of 200 Degrees F (93 Degrees C) to 220 degrees F (105 Degrees C) . The moisture content of the teas when drying is completed is approximately 2% to 3% and the coppery brown fermented tea particles are now back.

The fired teas after cooling are graded / sifted according to size and shape, as the trade demands. The different grades of tea are identified nomenclature. On completion of the grading, teas are stored in airtight bins of boxes. The sifting is carried out on a series of grading and cleaning machines, which have several trays of different mesh sizes, to separate the tea particles to the various grades of tea and to remove the stalk and fibre.

The tea leaves are now ready to be sorted and packed. Sorting of the tea leaves is done before it leaves the factory, and all the tea – black, green, white and Oolong – are graded and sorted. Since, different sized leaves brew at different speeds, the leaves are separated into batches of the same size.

These were the basic steps by which tea leaves are processed and made for consumption. After packaging, you can use tea bags or go loose, drink it hot or drink it cold. Either way, tea is fabulous — or so are all of its benefits.

For all the tea veterans, keep drinking your way to good health!!!

One Reply to “The Making Of Tea”